Yes, we made it!  Arrived at Sylvia's about midnight after a longish road trip from Mexico City by car.  It was good to do it all in one day though.  It feels so good to be home.  I can't tell you.  I don't understand it myself.  The energy changes here.  It's calmer.  I feel at peace.  Very hard to explain.  I guess that's what happens when you find 'home' even for a moment.

Habibi is my Hero.  He traveled beautifully.  When he arrived in Mexico City he was a little frantic when he saw me.  I was not allowed to let him out of the cage until he went through 'doggie inspection'.  I produced the proper papers and after about 15 minutes he given the OK to come to Mexico.  After that, he was amazing.  In the car, he simply curled up on my lap and went to sleep.  Today, he is adjusting to everything new and making friends with Sylvias' two dogs, Paloma and Benjie.

Saying good bye to Canada was not difficult.  I always felt I was born on the wrong continent.  I have often felt more home sick for Europe than I ever had for Canada.  Odd isn't it.

Flew out of Vancouver International in the mist, thinking to myself.  "This isn't a holiday, Donna.  You won't be back."  I don't know if that is true in the 'forever' picture, however, it is certainly true for now.  If anything, I will miss the ocean and our beautiful Islands.  The West Coast has been a spectacular place to experience.  Took some photos on the way out ... 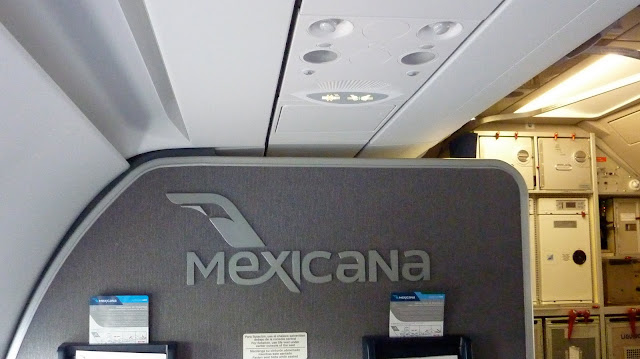 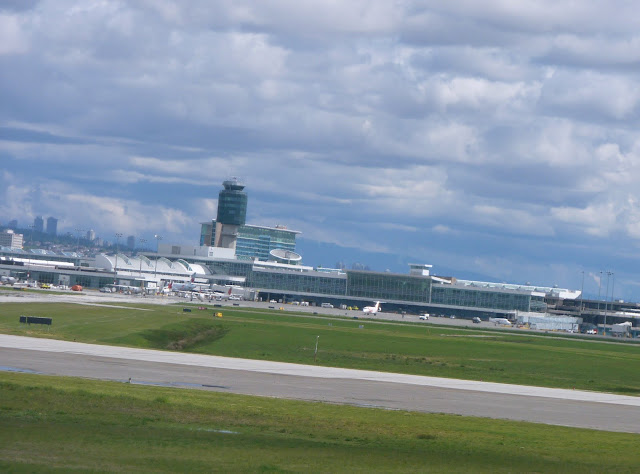 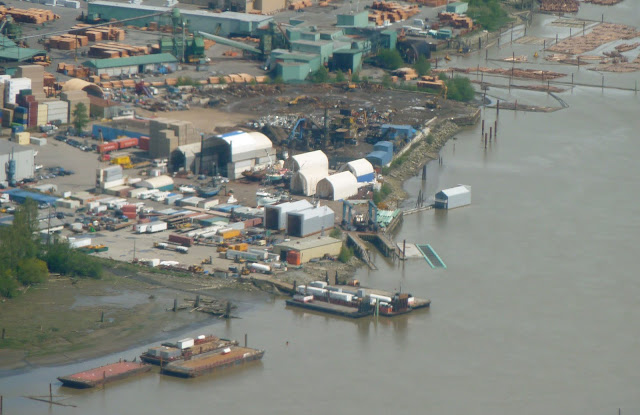 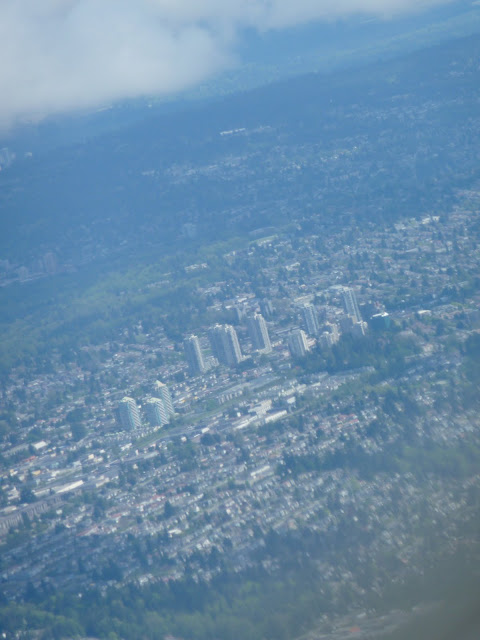 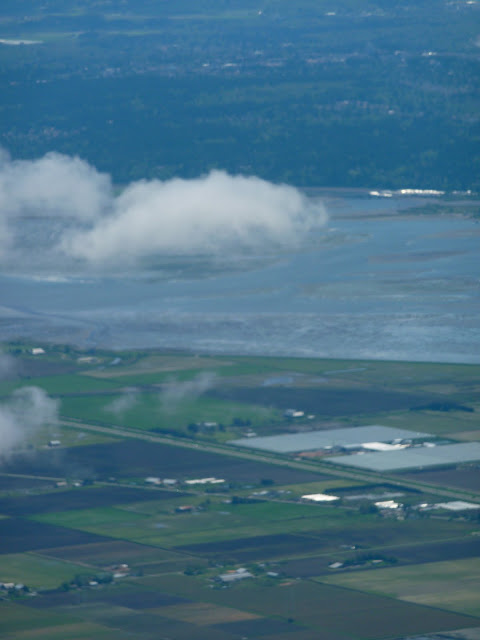 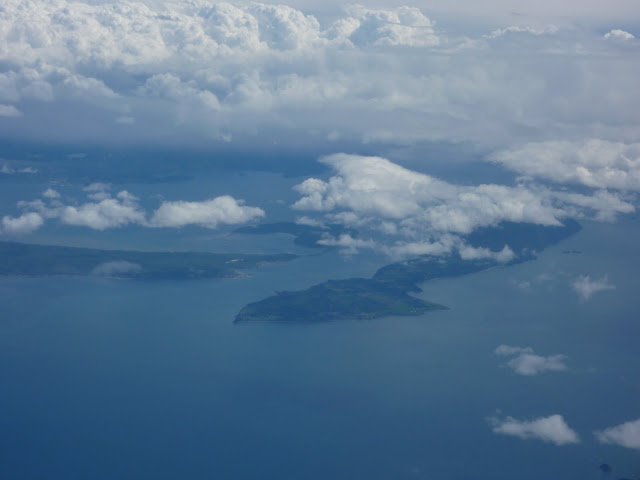 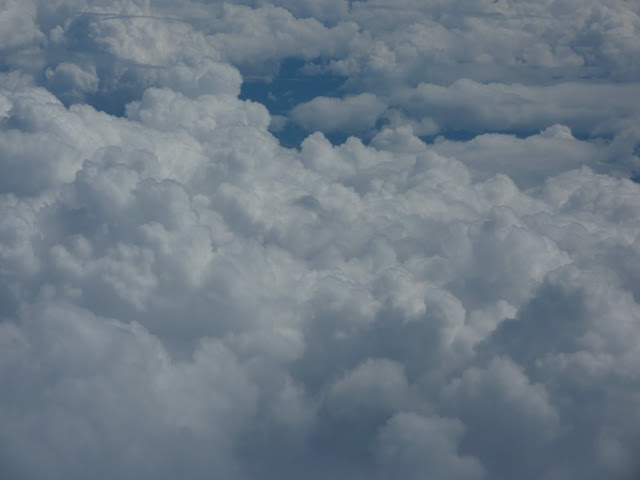 And then .... the coastline disappeared.  Magnificent puffy white clouds became my landscape. 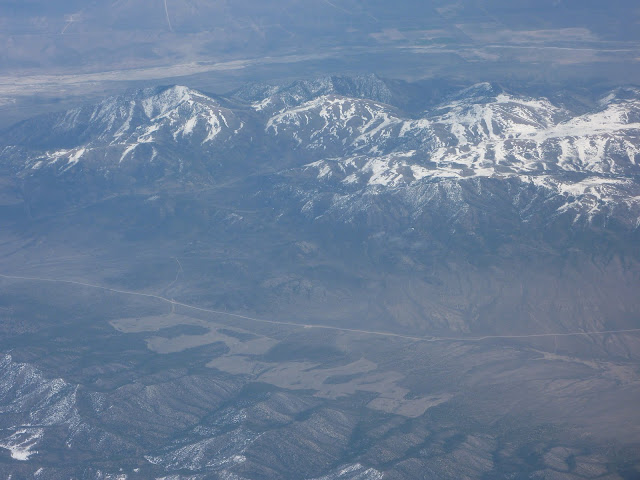 And then Mexico .. just over the border. 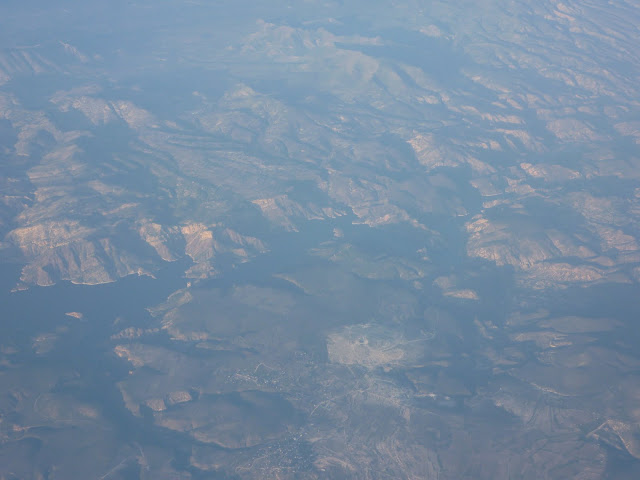 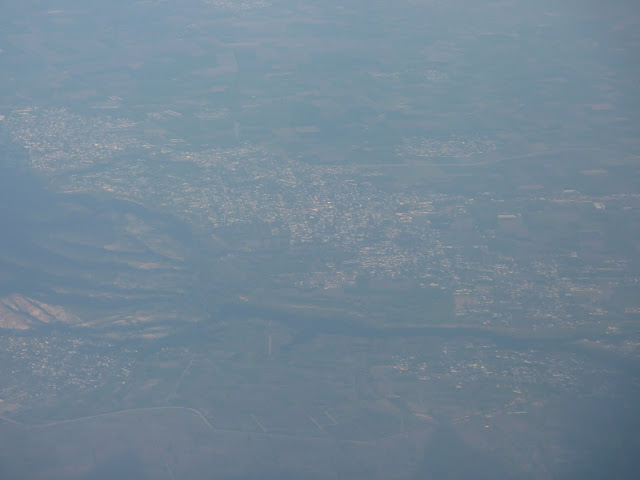 The beginning of the Mexico City area. 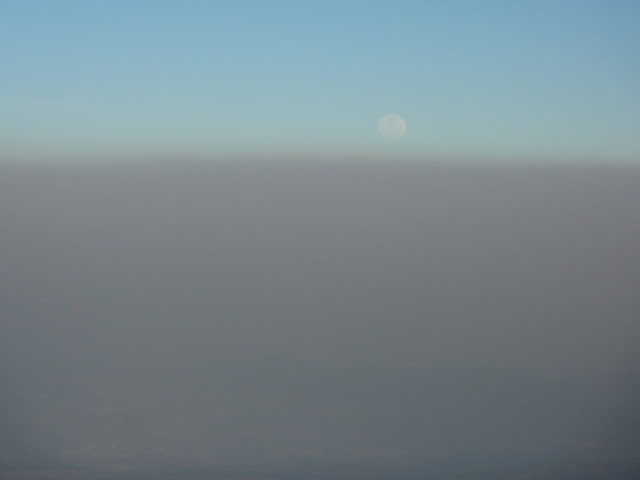 And, lastly, the full moon rising over the tragic smog of Mexico City.  They did build in a 'bowl'.  Not such a good idea after all.
Once on the ground, all seems clear.  Amazing.  The full moon dazzled me with her presence, and the warm welcome from the heavens.
The drive home was interesting.  Most of the way, it's a three lane divided toll highway.  Believe me, you do not dawdel.  To do so would be life threatening.  We stopped to pay tolls three or four times.  Being witness for the first time to this heavy truck traffic was shocking.  I had no idea.  The entire country transports by eighteen wheeler.  If I'm correct, they all hit the roads at night to avoid heavy car traffic.  I must have passed and met one thousand trucks in about three hours.  Mexico has changed in the last 20 years.  No longer old trucks, spewing and sputtering, with pigs and chickens hanging precariously from the slats on the back.  These are brand new huge eighteen wheelers - some double train.  Absolutely stunned.  I remember the UK had heavy truck traffic which amazed me in the 90's, but this .... no comparison.  Solid bumper to bumper on both sides of the highway.  It was an experience.   Decision made.  No driving to Mexico City at night.
This morning, Sylvia and I walked over to Quinta de Luz.  We live about at 10 minute walk from each other which is lovely.  Much progress has been made.  Pictures tomorrow.
Posted by Unknown at 1:34 PM