It was supposed to be another party this evening.  Maria was going to cook us a 'typical Mexicana meal' which was to be a surprise.  Well, SURPRISE .... the tilers showed up today to tile the back splash.  No cooking in the kitchen going on here.  I'm glad to have the tiling begun ... however, it has made me rather cranky.  Don't mess with me tonight!  Maria arrived with her huge bag of groceries all ready to cook.  Anyway ... hopefully if all the pollo (chicken) lasts until Thursday, and company can still attend - we will do it then.  So my day got off to a bit of a rocky beginning.  Nothing to write home about -- but for whatever reason it did put me a little 'off'.  I know ... there is a full moon.  That's it, of course!

And so the tiling began. 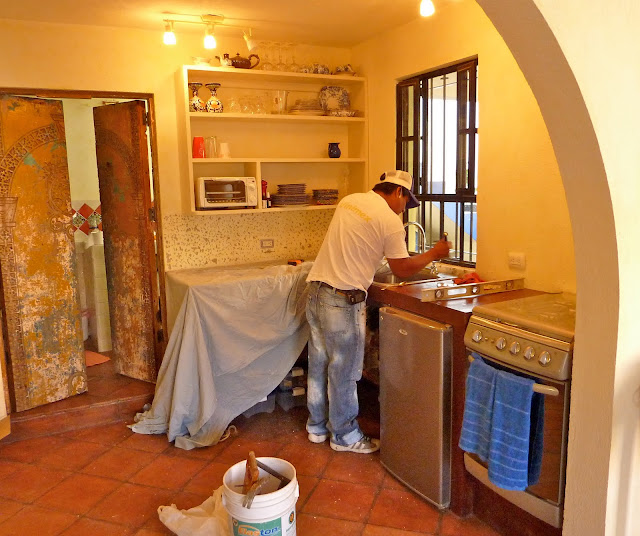 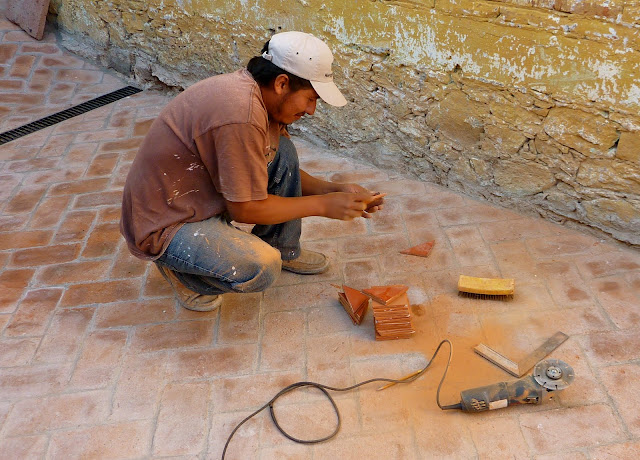 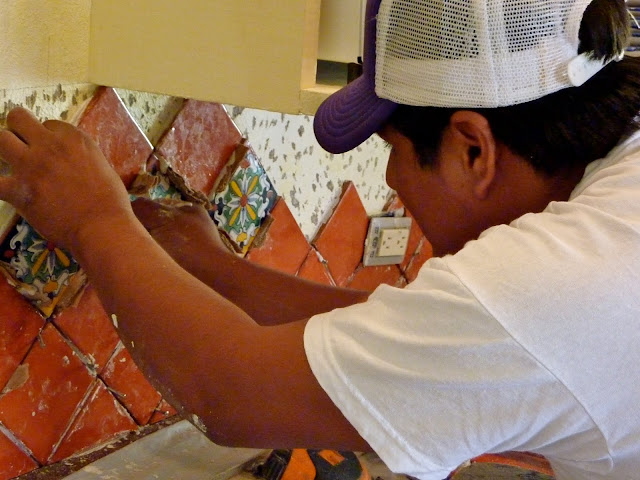 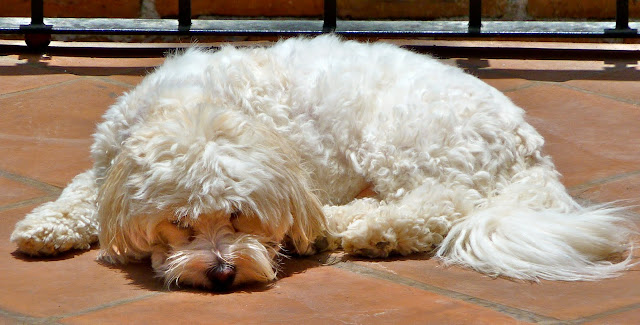 While this is going on, Habibi chooses to sit out on the HOT tiles in the HOT sun.  I don't know why he's not a piece of doggie crisp! 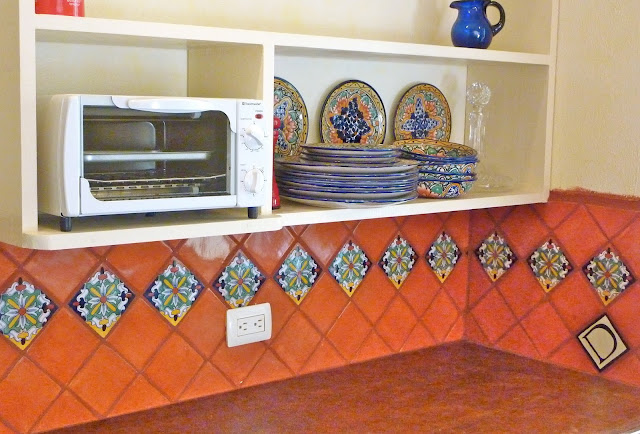 One half done.  The other half tomorrow.  A thick layer of tile and grout dust has once again settled over Quinta de Luz and her inhabitants.  It's everywhere.  Time for a shower.

"There will be good days and bad, which means that some days I may be cranky and some days really cranky"  ~  Peter Jennings
Posted by Unknown at 5:38 PM