About thirty minutes from San Miguel, there exists the magical town of Pozos.  At one time a bustling centre for hundreds of mines, with a population of 70,000 to 80,000 residents, Pozos now sits quietly in ruins, being admired and rebuilt into a viable community.

Yesterday I was so fortunate to be able to spend an entire day there, attending the opening of an art exhibition entitled "The Now Revolution", and generally poking around enjoying the company of the family who invited me, as well as countless strangers and friends who embraced me with their warmth.

The day literally flew.  Jenny and I have decided we must go back.  A music store exists in Pozos where they make hand made instruments.  Many more shops are flourishing with beautiful arts and crafts which beckon me with their bright colours and incredible designs.

I naturally traveled, camera in hand, however it was on the wrong setting.  I am disappointed in the photographs.  Still, they are a great reminder of a wonderful day.

The photos which follow are from the show.  Aptly christened "The Now Revolution", Five artists interpret what is relevant in Mexico NOW.  Speaking with the artists and discussing their inner interpretations was fascinating.  The art?  World Class! 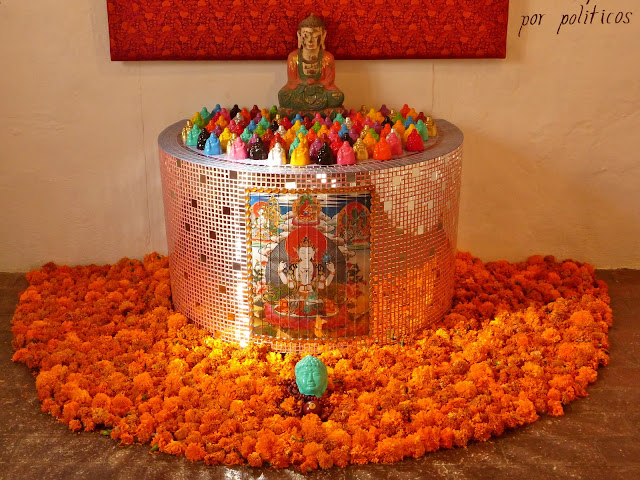 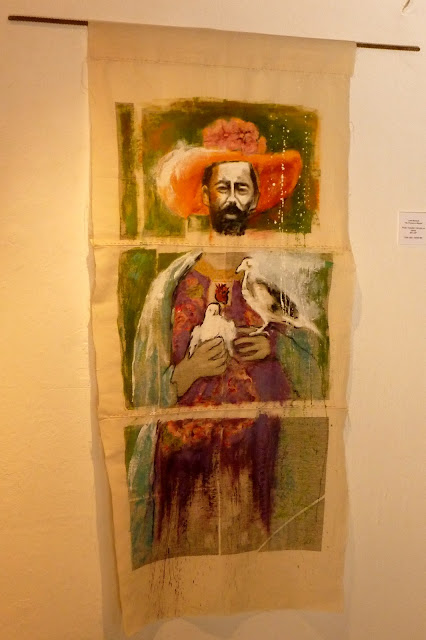 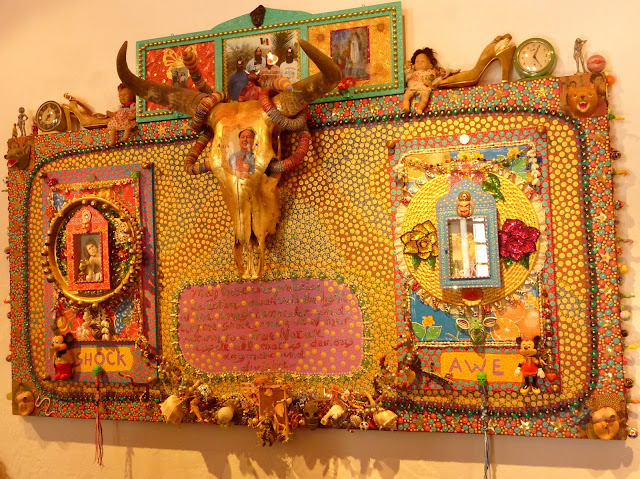 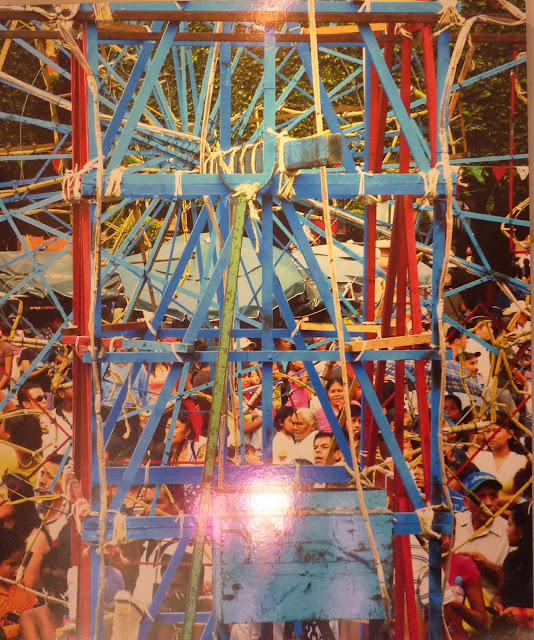 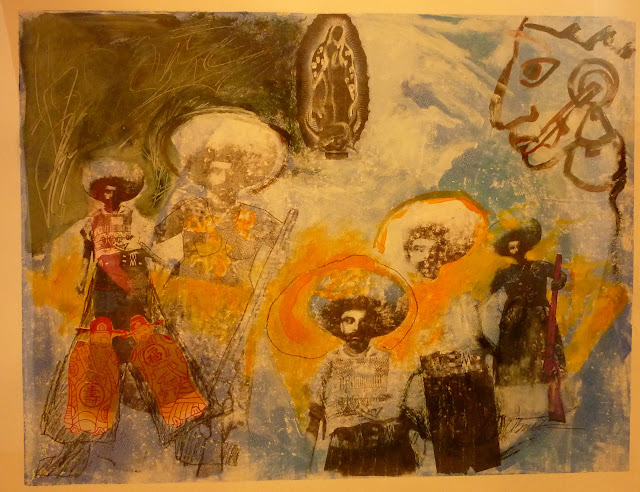 I so enjoyed my day in Pozos!  Tomorrow I will post more photos of the gallery space and the little portion of Pozos I experienced.
For those of you who are interested in history, a short synopsis of the area follows.
I begin the story of Pozos at the end of the 19th century.  It was, however, already established between 1550 and 1560.  A long and incredibly interesting history.

"By 1895, there were 500 mining concerns, 306 operating mines and 70,000 to 80,000 residents. The Mexican stock exchange, the Bolsa de Valor, is founded to promote shares in Pozos mines beginning with Cinco Señores.

1910 marked the beginning of the Mexican Revolution and the beginning of the end for Pozos. The cessation of mining operations during the fighting and the subsequent flooding of the mines combined with a dramatic fall in the world price of silver to cause the mines to begin to close. Finally, with the advent of the Cristeros War in 1926, the last mine, the Angustias-Dolores, closed a year later in 1927.
By the 1950s, there were perhaps only 200 or less people living in Pozos.

Today, according to the most recent census, the population has grown to 2,223 mostly farmers and herders or people who commute to nearby towns and factories. However, many US expatriates and others have begun to establish Pozos as a center for art.

"What is real is not the external form, but the essence of things . . . it is impossible for anyone to express anything essentially real by imitating its exterior surface."  ~ Constantin Brancusi
Posted by Unknown at 10:31 AM