I found these two babies on e-bay.  They called to me, even though they were tattered and torn.  What could I do ... I brought them to Mexico.  I have no idea of the history of this kind of doll.  I have never seen one before.  They were in rough shape, emotionally neglected and in need of tending.  Here's the 'before' photograph.  Unfortunately, I didn't take a photo of both in their original condition ... before my imagination got carried away.  If anyone has seen these kinds of dolls before, I'd be very interested in hearing about them. 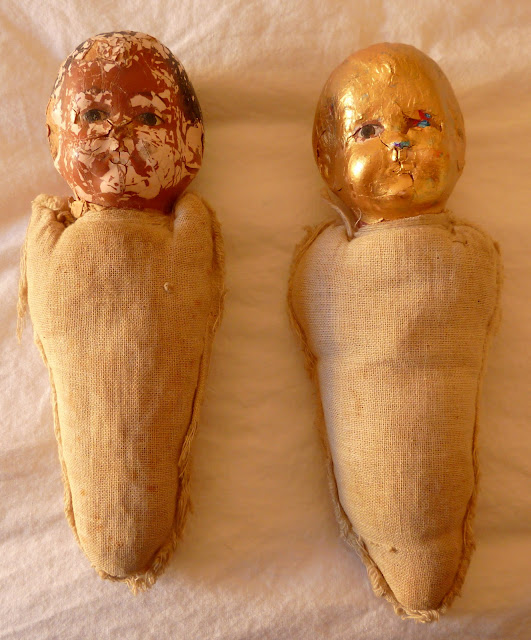 For whatever reason, they sort of reminded me of moon beams ... perhaps their shape.  They began calling for 'this and that'.  We want gold faces.  I want a crown!  We both want roses.  On and On ... what could I do.  This was the result. 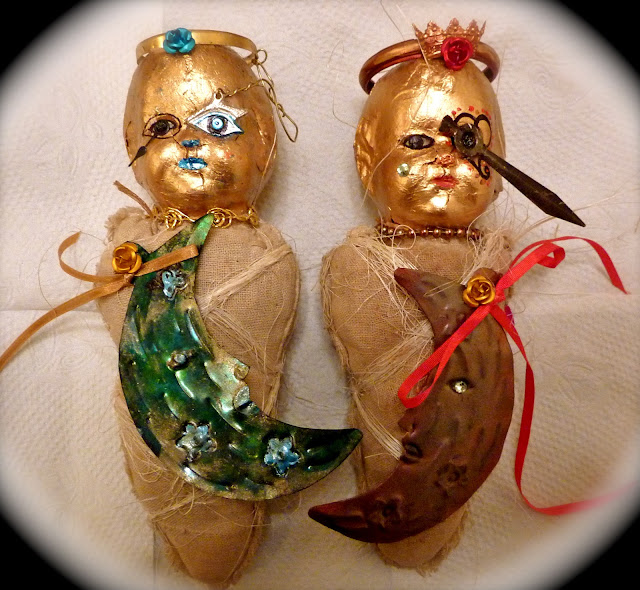 They refuse to be separated.  What's more, they are demanding their own housing.  "We don't want to hang around on some wall getting dusty.  We have a right to decent shelter!"  Cheeky are they not.  So now I'm out looking to buy a house!  I think a very large Nicho would be perfect.  Don't know if they make them that large.  I'll keep you posted.  For now, I'm house hunting for the Moonbeam Babies.
"The creation of something new is not accomplished by the intellect but by the play instinct acting from inner necessity. The creative mind plays with the objects it loves."
Carl Jung
Posted by Unknown at 12:21 AM