At some deep level, when I witnessed these photographs, I simply had to blog about Ryan.  His essence spoke loud and clear, straight from the page.  It hit me in the heart.  It's a shining example of following your bliss, because as you can see, that's exactly what he's doing.  It's emanating from every pore.  His exuberance and sheer love for what he's doing drips down onto the stage and pools and puddles in the audience.  People walk in it, it 'get's on them' ... he shares part of his soul.  As a result the happiness is passed on.  Such a gift.

Ryan is my great nephew.  I witness his journey with much love from afar, as I do with many members of my family.  When he was a teenager, he came for a weekend visit with his Mom, and sister.  It was a memorable weekend, one I shall always carry with me.  Special.  We had our tea leaves read.  Ryan's forecast included the statement "And your name shall be written."  It has proven to be very true.

Making his home base in Edmonton, Alberta, Canada, Ryan is able to express his talent in many ways.  He's an actor, a musician, a photographer, a producer and a writer.  He has just returned from the West End in London, and Broadway, traveling with "Nevermore", the musical about Edgar Allan Poe.  He's one of the founders, writers and principle actors in the comedy sketch TV series, "Caution:  May Contain Nuts", a couple of musical groups, one of which, The Be Arthurs,  is a threesome with ukulele's (very popular by the way).  He's young, he's full of life, he's making his living at a very early age doing what he loves.  These life choices come with risks.  There are no guarantees when you choose your bliss, in this case the entertainment business, things are going to work out.  Ryan took those risks.  At some level he knew it would work.  I admire him greatly.  Taking that giant leap into the unknown without any kind of safety net has yielded Ryan a great gift in life ... Happiness.  He's sharing it with the world.  How great is that!  Be friends with Ryan on FACEBOOK.  I adore his web site HERE. 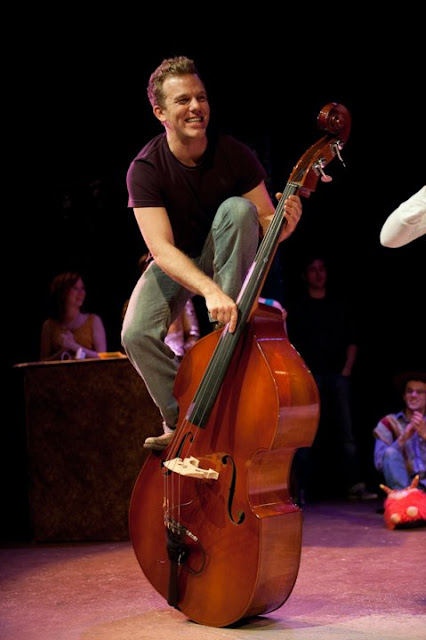 “When you follow your bliss... doors will open where you would not have thought there would be doors; and where there wouldn't be a door for anyone else.”  ~ Joseph Campbell