Before I reveal the 'other surprise', I got hooked on the painted hearts which you may have seen in the latest issue of the paper and scissors magazine. This time I made it into a little wall hanging, which I think would look nice in anyones studio (mine included, if I could find some wall space). I'm sure it would look better with some batting in the middle, however I had to substitute paper towel because that's what I had. 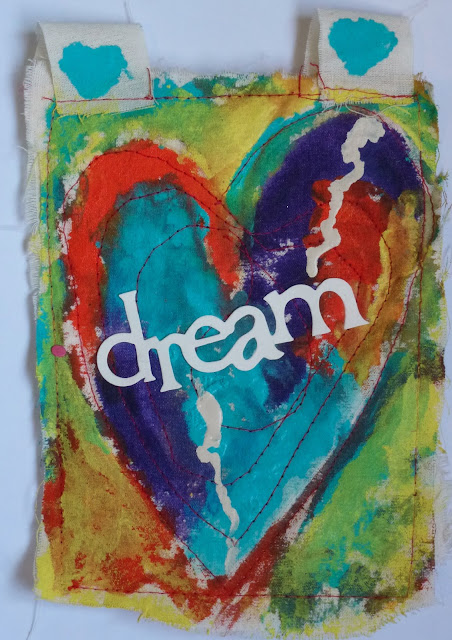 Had to go and purchase a couple of canvas's just in case some idea ran through my brain.  I got a couple of smaller ones this time which I thought might be interesting.  Sure enough, as soon as I got the red undercoat on the canvas an idea began to emerge - one that frankly surprised me.  Not because of the subject matter, but just because it is far and away from the Iconic Women which usually show up on my canvas.
I have no idea where this is going.  I just blocked it in today.  She has not spoken with me as yet.  I'm hoping to get some guidance soon. 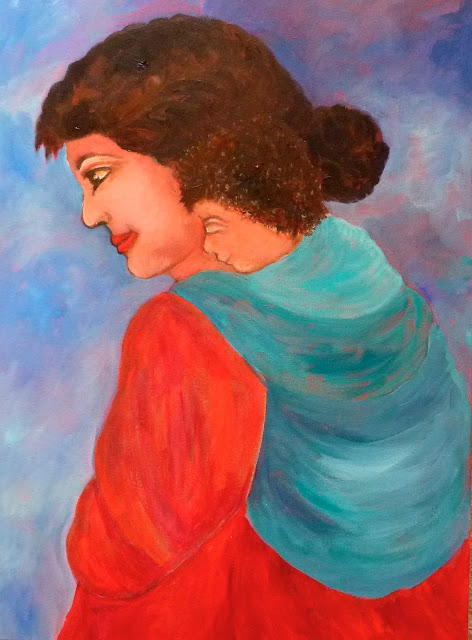 Nice to see all your wonderful comments - thanks so much for dropping in.  Spring is on it's way here - my bottle brush tree is in bloom, and my hummingbirds are in love.
In life you’ll realize there is a purpose for everyone you meet.  Some will test you, some will use you, and some will teach you.  But most importantly, some will bring out the best in you.