The outside is finished. I used TH corners, aged with titan buff, flowers I made as well as ready made flowers. Made some stick pins and found an old cameo stick pin. Some bling, a frame around the angels head filled with glaze, ceramic wings which I also aged with titan buff. Used an overall stamp for the background in ranger permanent ink. Added a pearl to each of the drawer pulls, and I think it's about done.

Still want to put pearls along the edges of the inside compartments, however they seem to be lost in my studio, so I will have to conduct a search. Someone was asking me what I was going to do with it. Probably try to sell it at the artisan's fair. 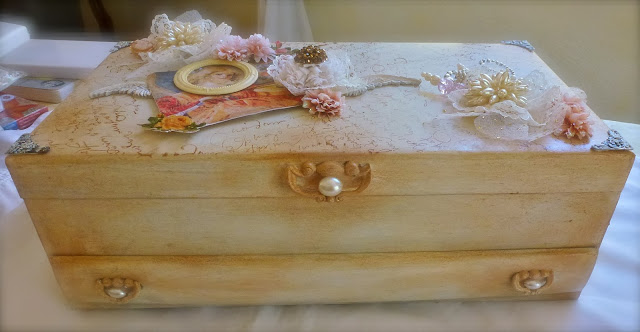 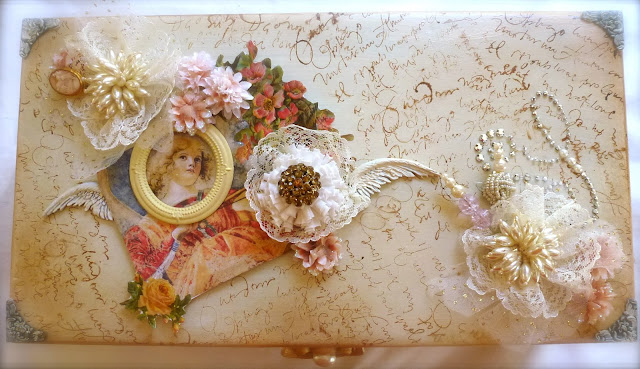 So, that's all for today my lovely's.  Thanks so much for dropping by.


“The most beautiful people we have known are those who have known defeat, known suffering, known struggle, known loss, and have found their way out of the depths. These persons have an appreciation, a sensitivity, and an understanding of life that fills them with compassion, gentleness, and a deep loving concern. Beautiful people do not just happen.” ~Elizabeth Kubler Ross