Such a fabulous evening. So many dear friends came and about 200 people so I consider it a great success. PLUS, it was fun! Here's some photos. 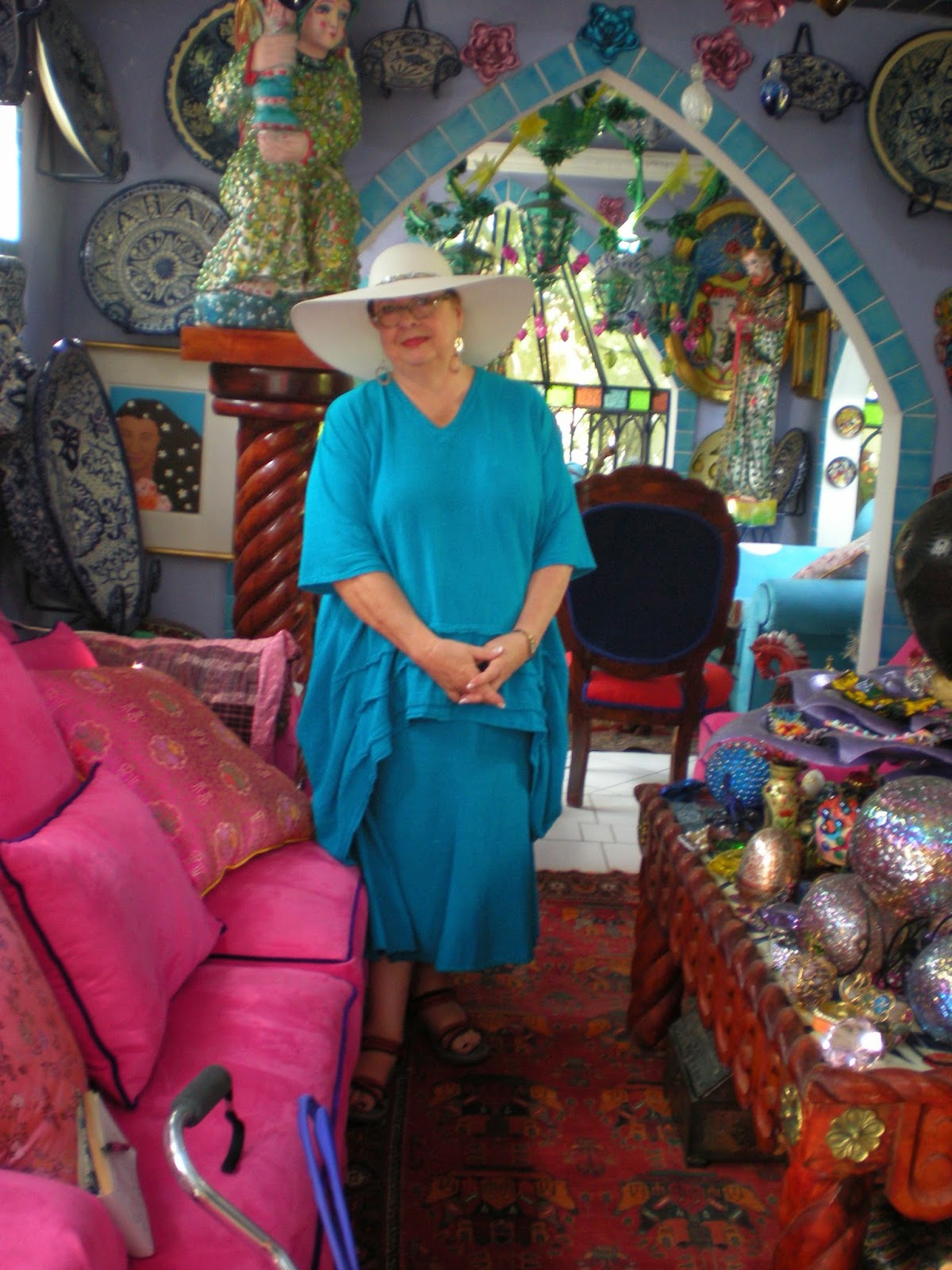 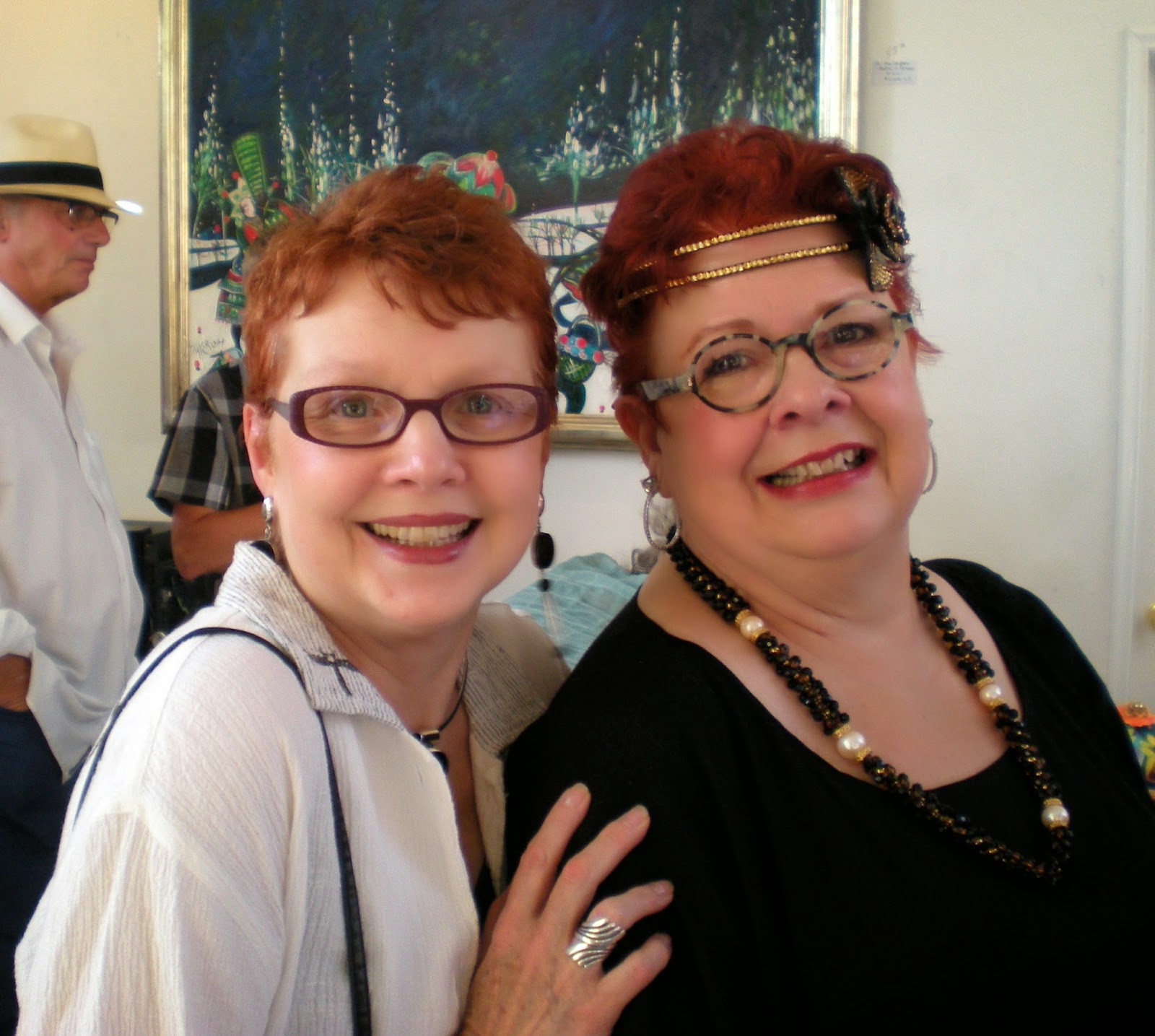 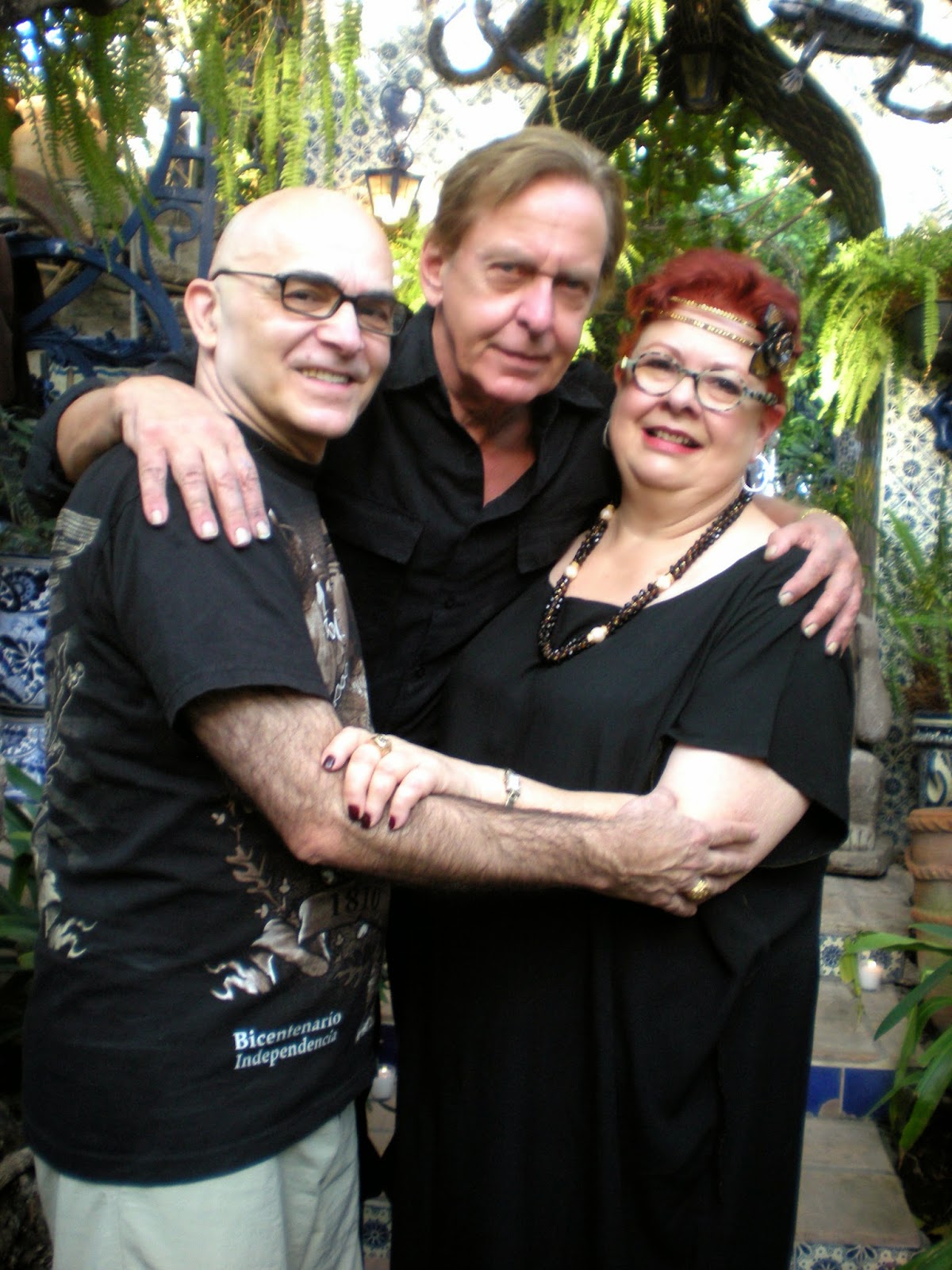 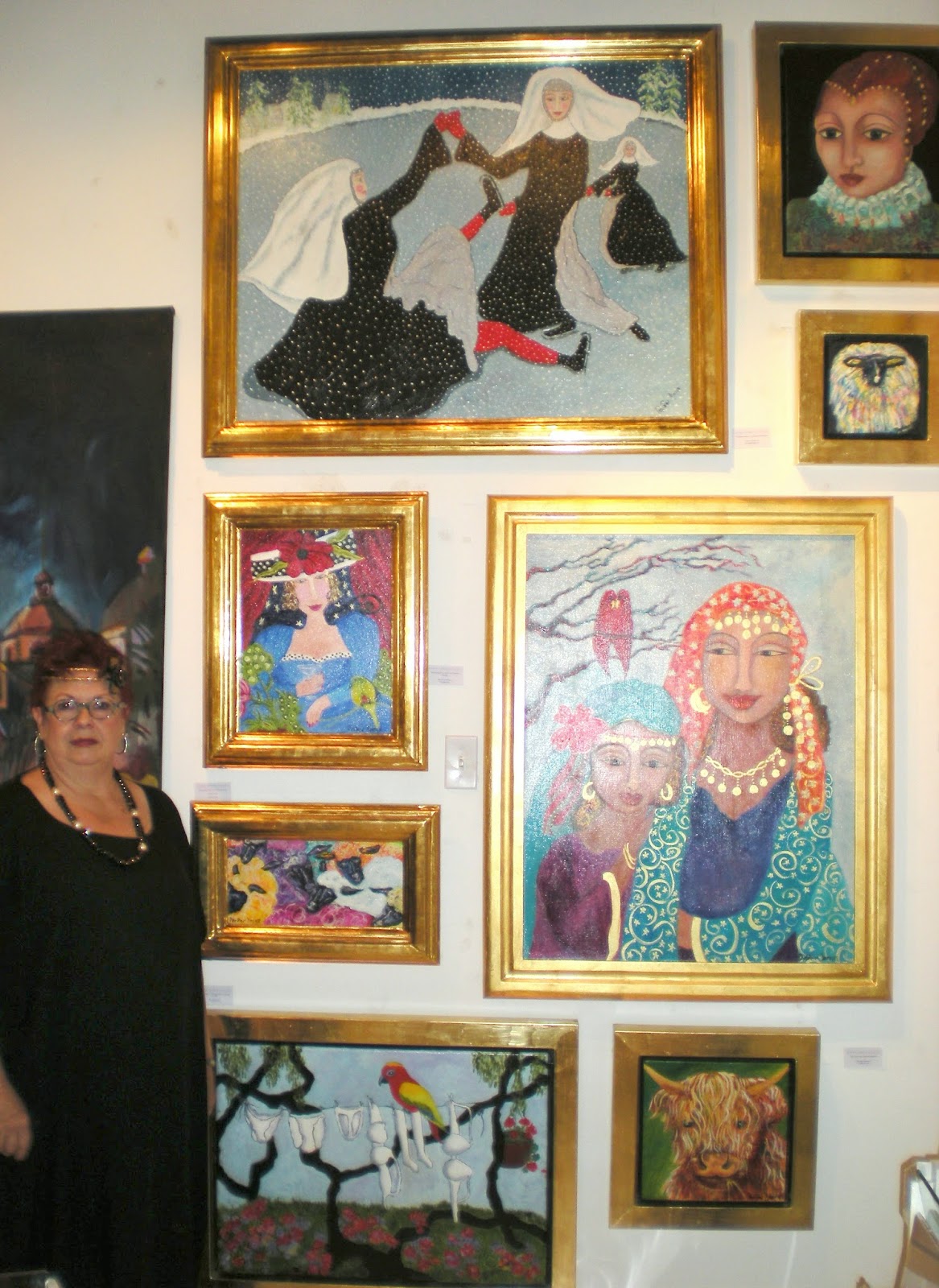 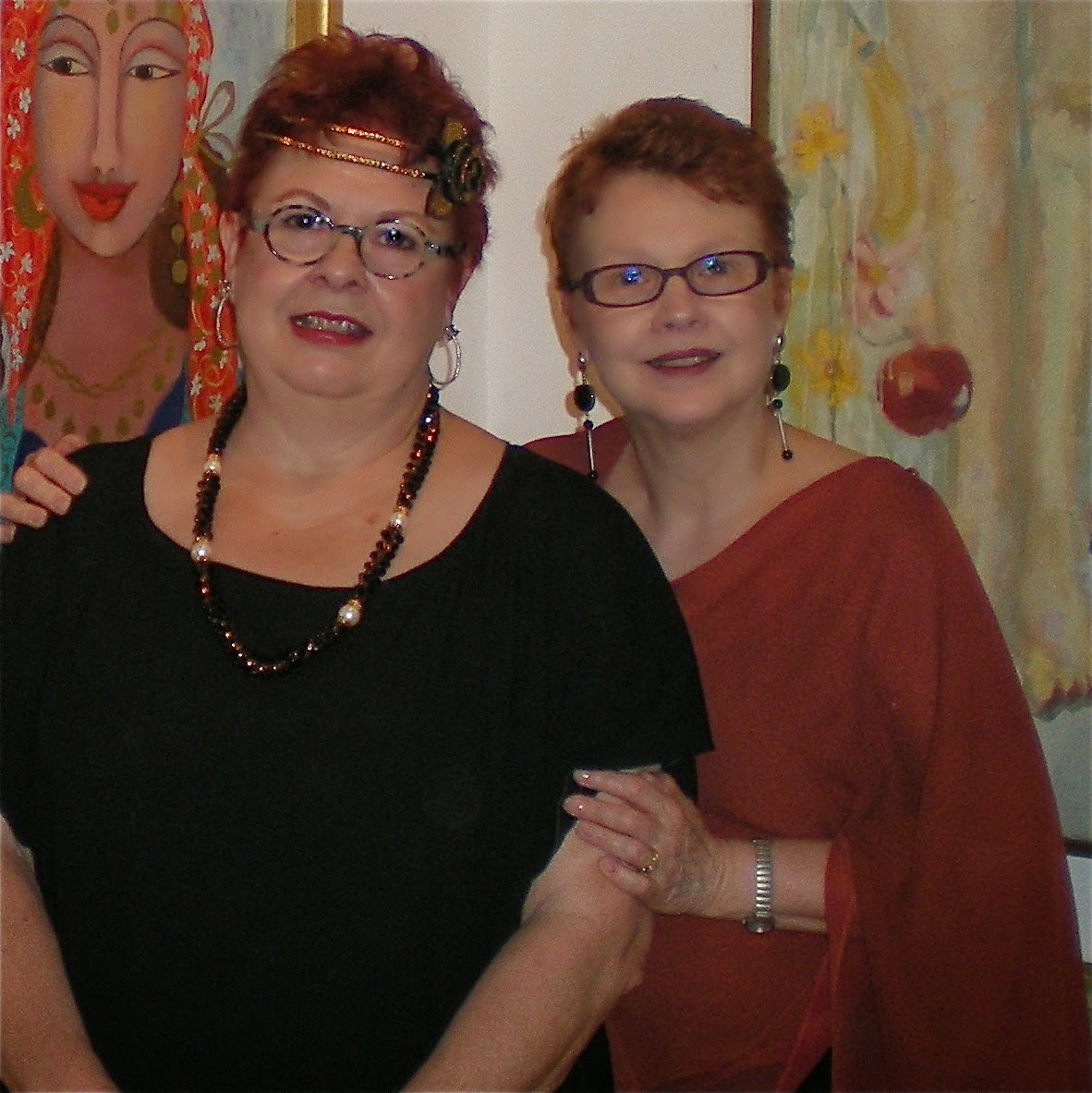 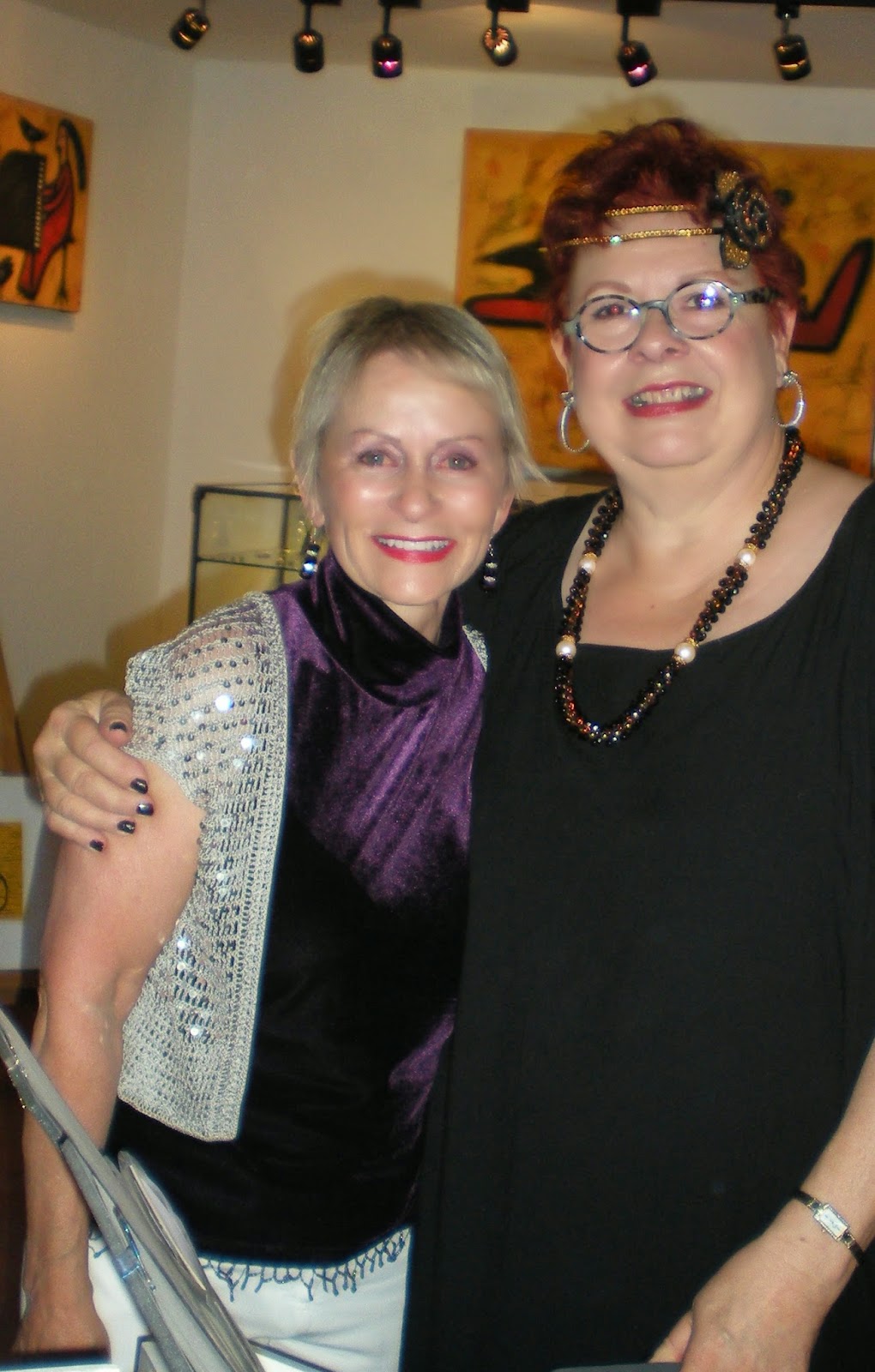 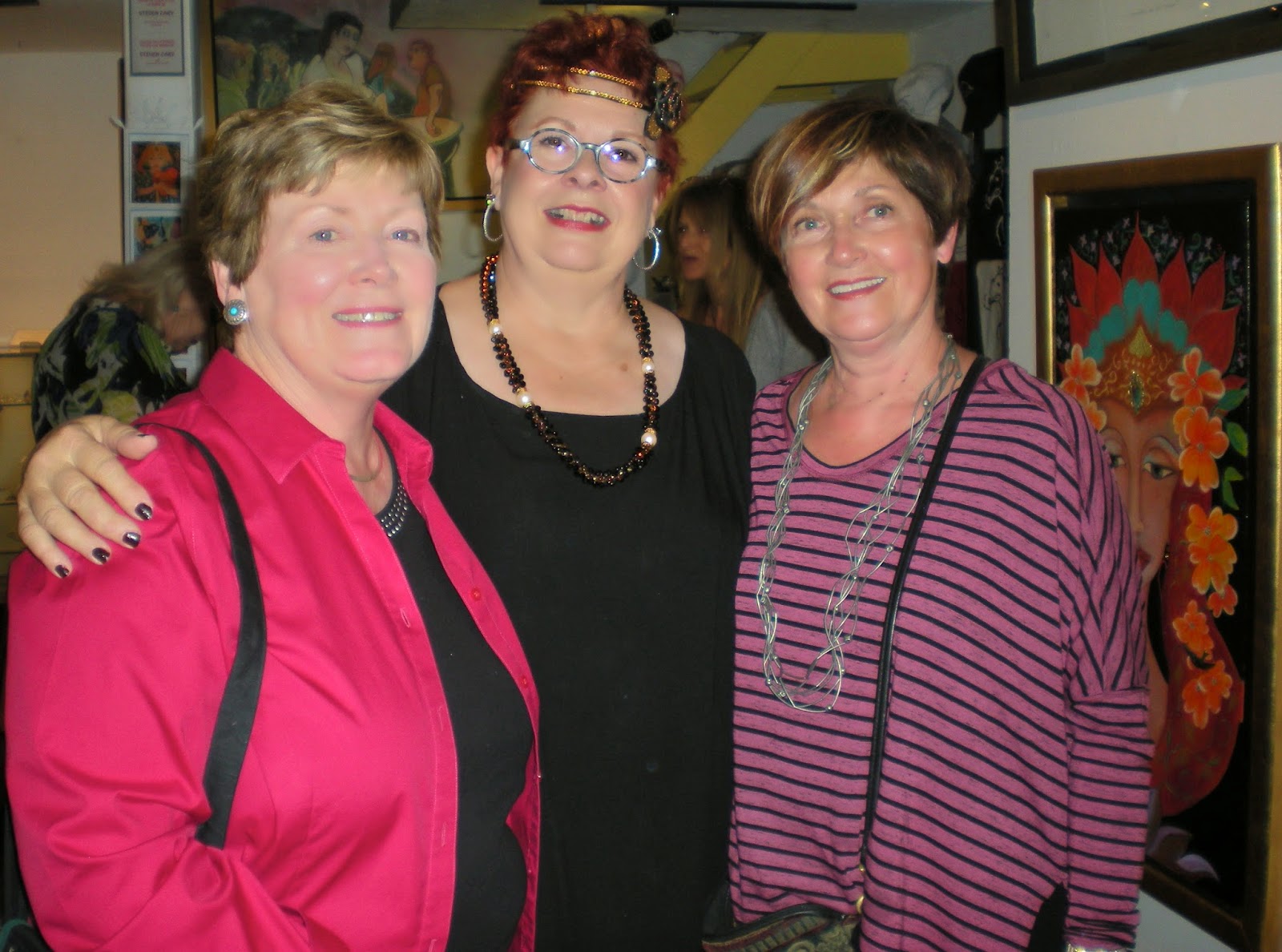 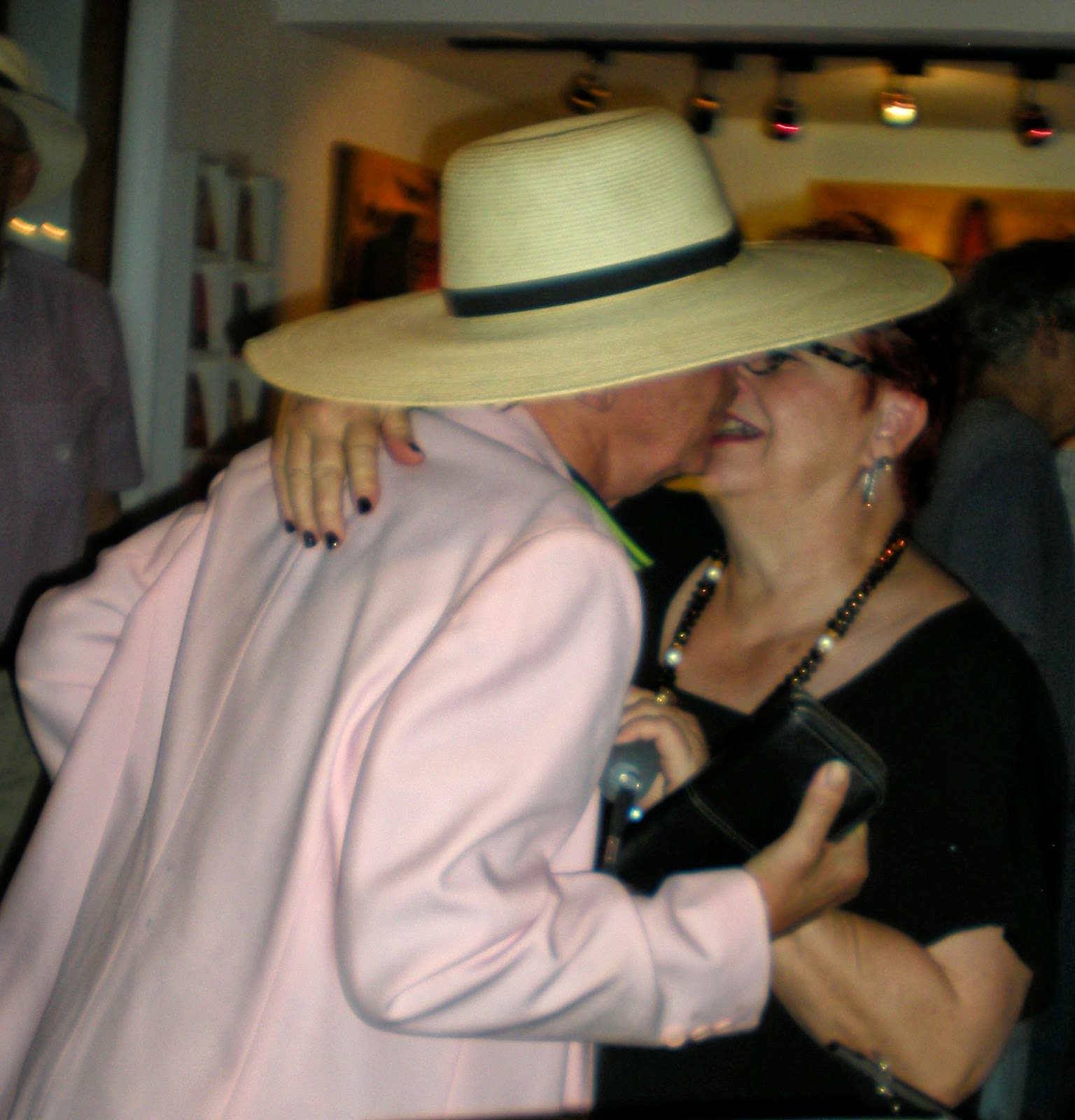 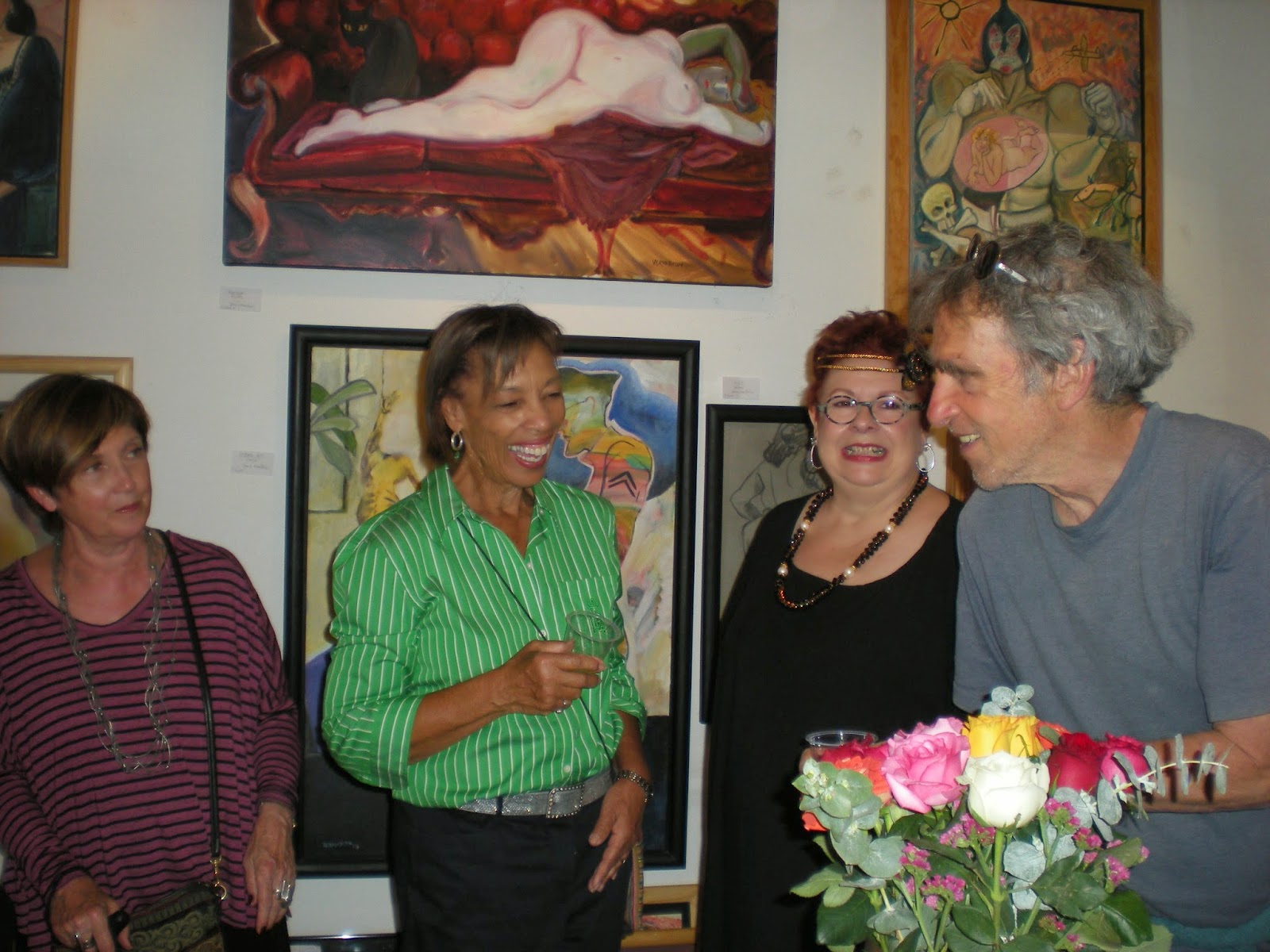 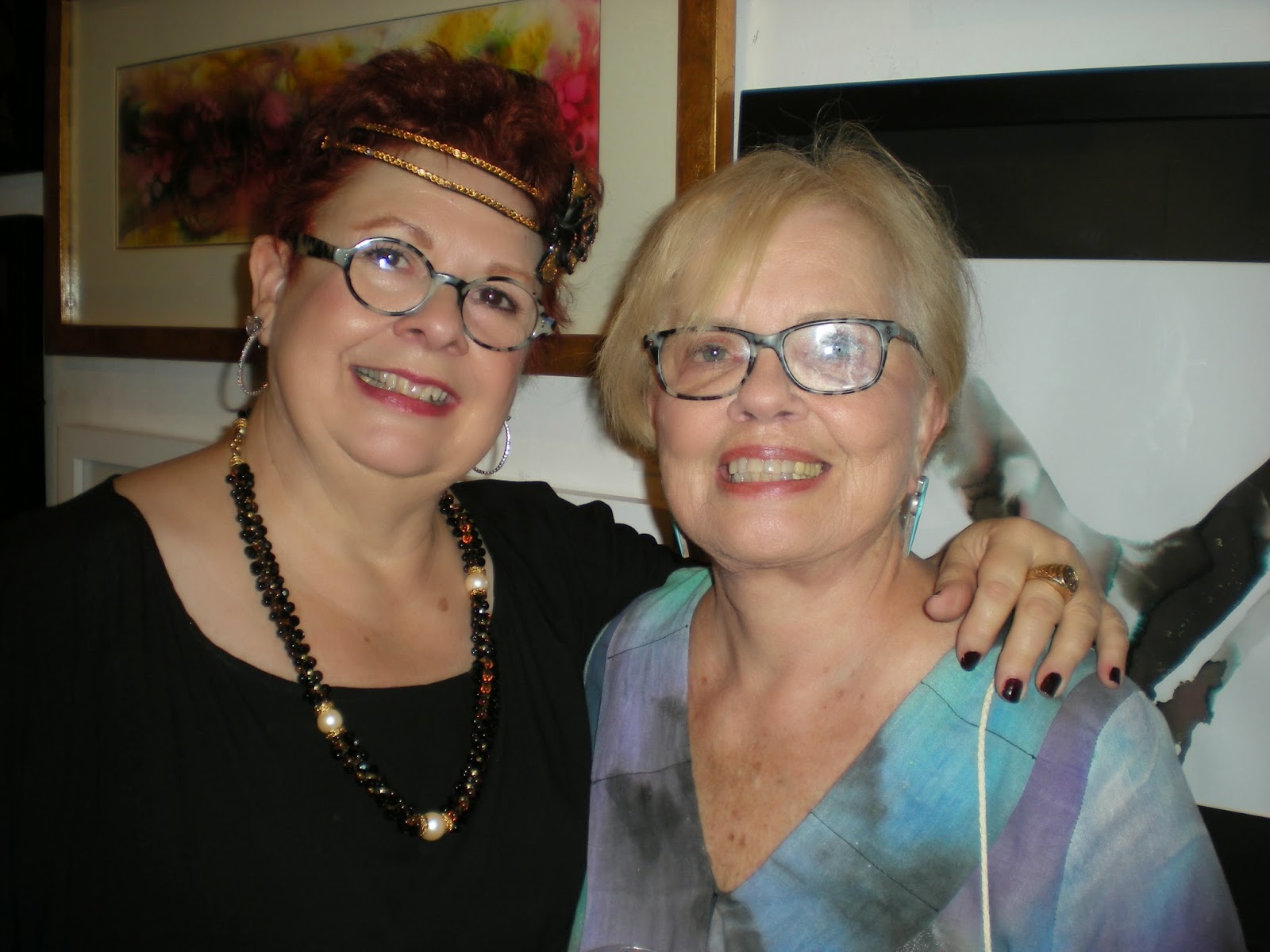 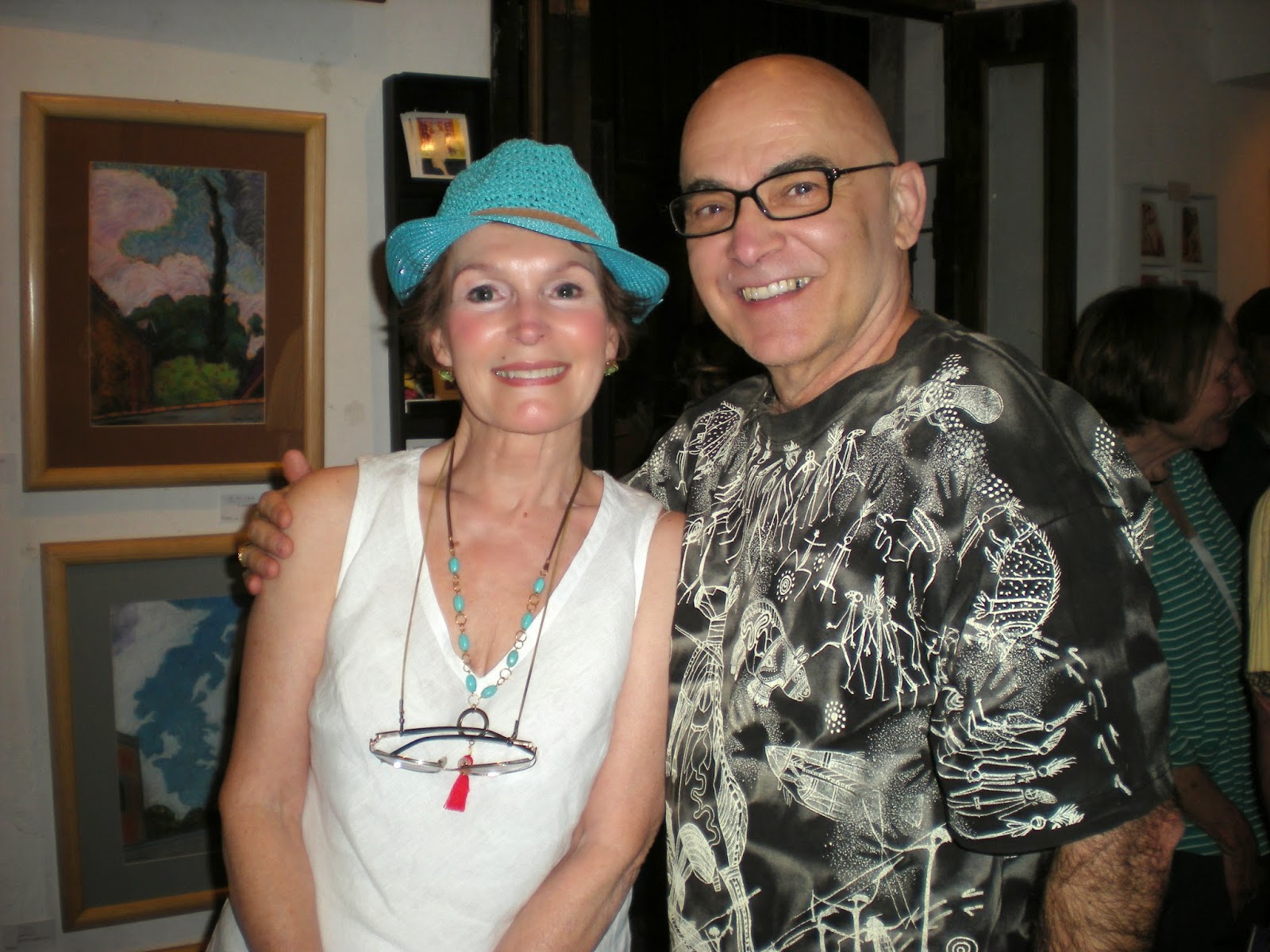 Thanks for dropping by.  You all amaze me.  I'll be around soon.  Opening at Toller's on Thursday until Saturday - after that a few days rest and back to the easel for me!

Gotta' get some sangria going!  Who has time!

“I think of life as a good book. The further you get into it, the more it begins to make sense.”

My solo exhibition - link to news release
http://sanmigueldeallendeevents.com/93/parker.php
"Art and Influence" - 4 days at the Toller Cranston Gallery with "Jarmain, Cranston, Parker and Osta" 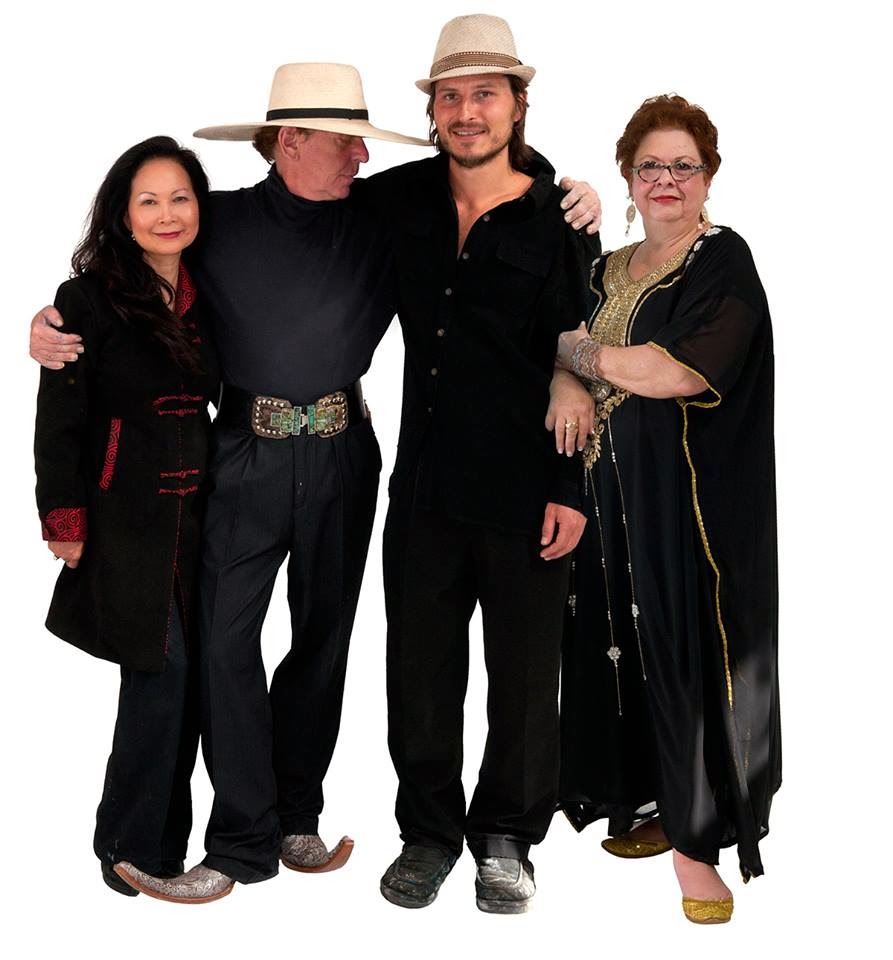 
Thanks for dropping by.  Thanks for All your wonderful support.  I've been so busy, I don't know which end is up - however when the show at Toller's is over, things should settle down some and I will  be 'round to visit you again.  Thanks so much for your patience with me.  Thanks for all your wonderful e-mails.  I'm going to save them in my journal.


“When you want something this badly, you don't just give up. You fight and fight until you absolutely can't fight anymore.”
― Gail McHugh, Collide

Hello- We are having an opening for Donna Parker at Galeria Izamal – this Saturday from 6-8 pm. We hope you can join us to meet Donna and all the other gallery artists and share drinks and snacks…and see all the new work. Please scroll down to see the article and open the attachment above for the ad. Best, Britt

This will be in today's paper

“MEXICO CHANGED MY LIFE AS A PAINTER”: DONNA PARKER SHOWS AT GALERIA IZAMAL By Henry Vermillion

Donna Parker is a Canadian from Alberta. She was a scholarship student in art at the University of Alberta, and studied classical figure drawing at the Ryder School in Santa Fe before moving to Mexico in 2010. After that, her work changed dramatically. The colors, the folk art, and the Mexican people opened the floodgates of her pent-up creativity. She became free to paint instinctively. “The paintings have flowed through me since then”, she says. Galeria Izamal will feature her work with a reception on Saturday, March 29, from 6 to 8pm. The gallery is downtown at Mesones 80, next door to the Angela Peralta Theater. “In San Miguel, everything changed. My palette was inspired by the vivid colors here. My vision changed. My painting became more intuitive; less planned, she says. All her images come from her subconscious, without models. Most of her images are of women, women she calls ¨Cradle of Civilization Women.¨ She is currently working with Toller Cranston with whom she shares the belief that the best art is intuitive and direct, rather than academic. It must come from the heart”, she says. Other images she paints include skiing nuns, colorful sheep, and angels. Galeria Izamal is San Miguel´s oldest cooperative art gallery. Work by Galeria Izamal jewelers Mary Jo Dolle and Vanina Landini and painters Steven Cary, Juan Ezcurdia, Javier Garcia, Cat Grall, Printmaker Felipe Lopez, and painters Henry Vermillion and Britt Zaist can also be
seen. 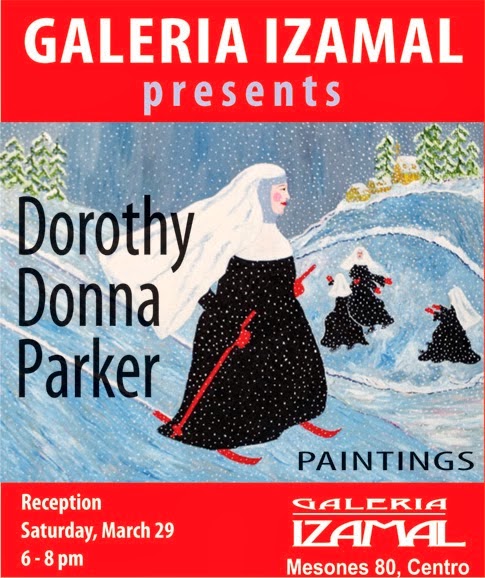 This article was in my home town paper in Canada: Sherwood Park artist Donna Parker said that her style has changed a lot since moving to a warmer climate. (Artwork by Donna Parker)

In the early 1960s, Parker wanted desperately to attend art school. She said that her parents told her they would support her fully throughout university for anything she wanted to take — except for art school.

“(Being an artist) was not an acceptable occupation for a young woman — it was considered (that) you would be involved with the wrong people,” she explained.

“People just didn’t believe you could make a living at being an artist,” she added.

Having spent a career in the steel industry in a variety of roles instead, Parker said she has always been doing some form or art — whether it was poetry or writing — even if it was on the side.
“I have always created — I think I was born with crayons in my hands,” Parker said.

An important aspect of Parker’s work is her location. She has also lived all over the world — in Europe, the Cayman Islands, Australia and the Northwest Territories, but wound up in central Mexico where she is currently living because she wanted to live in another foreign country. After “checking it out” for three months, she fell in love with it, decided to call it home and settled down.
She said her style has changed a lot since moving from Canada.

“When I came (to Mexico)... I had a Canadian palette — it changes when you move because you are so absolutely influenced by your surroundings,” she said, noting that up in northern Canada, it was a lot of trees, bushes and lakes.
“My colour was very muted in Canada.”
She said that while her palette changed “dramatically” since coming to Mexico, her intuitive style has remained the same.
“I don’t have an idea and put it down, I just pick up my brush and let it come to me. It does not come from me — it comes through me,” she explained.
Parker noted the importance of working with Toller Cranston. A former Canadian Olympic bronze medalist figure skater and Canadian figure skating champion from 1970 to 1976, Cranston supported himself to get through the Olympics and his competitions through selling his artwork. Having also settled down in San Miguel de Allende, Parker said her working relationship with him has greatly impacted her reach and development in her artwork.
She said she first met Cranston at a grocery store less than a year ago, and after bumping into him around town since then, he invited her for breakfast to show him some of her work.

“I went for breakfast and he bought one piece on the spot and said, ‘Would you like to come and paint with me for seven days?’ ” Parker recalled.
“That has turned into about nine months of painting together,” she said, adding that he has taught her many painting techniques.

“I have learned a lot from him. He is giving me the gift of an exhibition — he has only done that for two other people in the 22 years that he has been here,” Parker said.

While the two are planning an extensive art exhibition, Parker said she and Cranston are not quite sure yet when that will be, but hopes that it will be in the next tourist season.
Parker also said she aspired to some day be able to display her work at Gallery @501 in Sherwood Park.
“It would make me very happy to do that,” she said.
However, for now, Parker is content with being able to be an artist full-time.

“It’s what I wanted to do forever — for all my life... I am living my dream.”
megan.voss@sunmedia.ca
twitter.com/sunmeganvoss

Here's What's Happening .... among a million other things 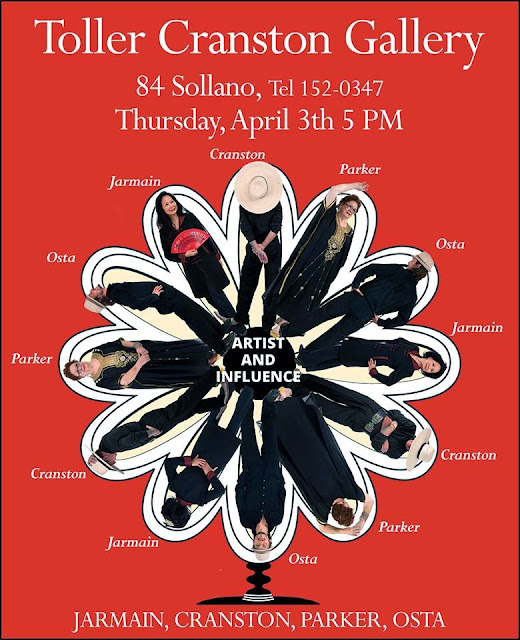 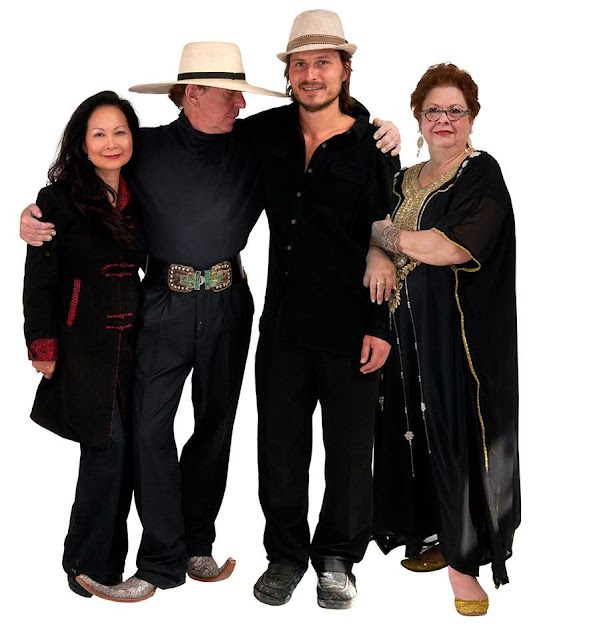 Two completed .... one blocked in

I finished the donkey and the goddess who told me she has "joy in her heart, and we can all have that for the asking". Both pieces are smaller than my usual because I think there will be people who do not have the wall space or the $$ and these would suit
them better. 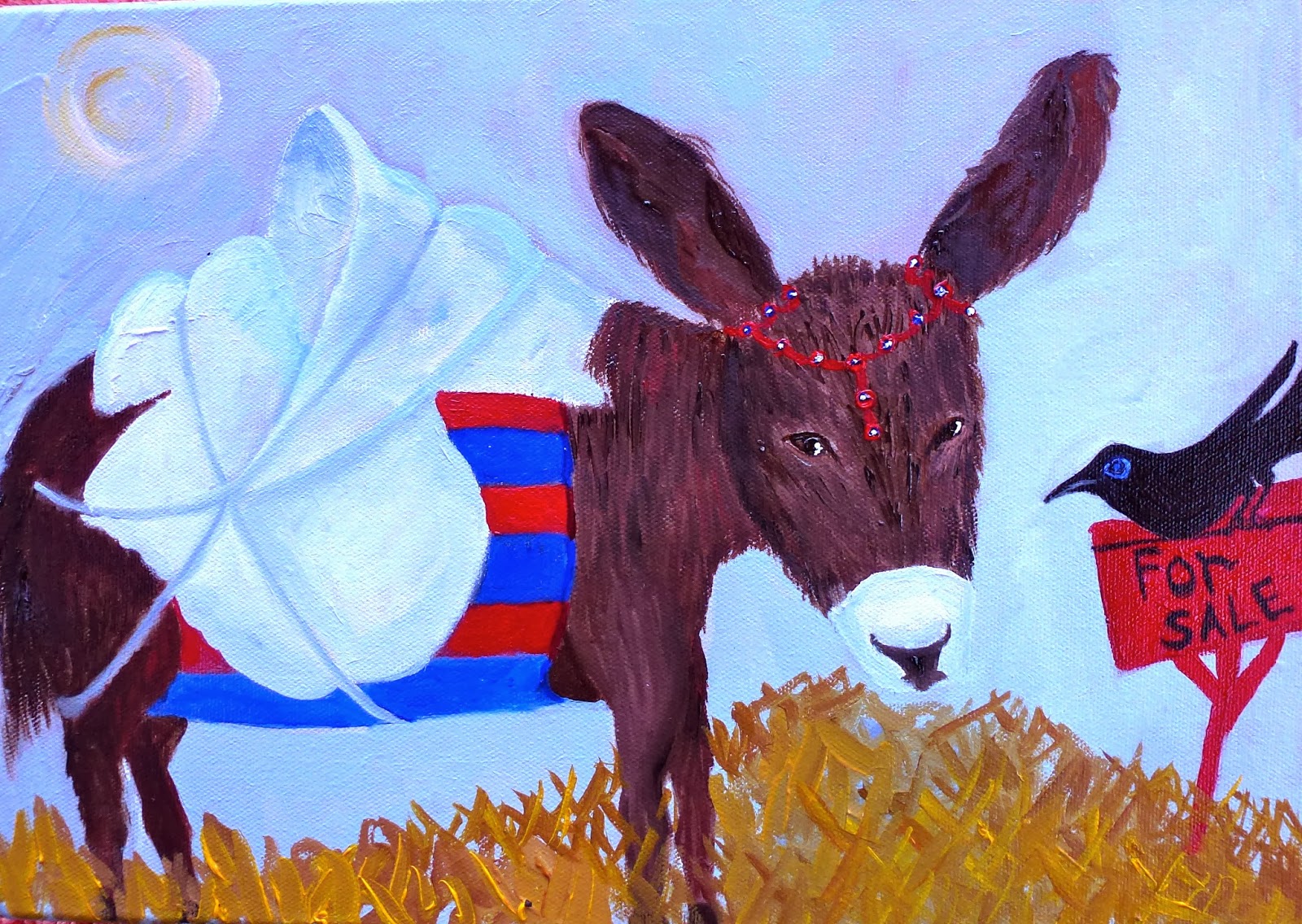 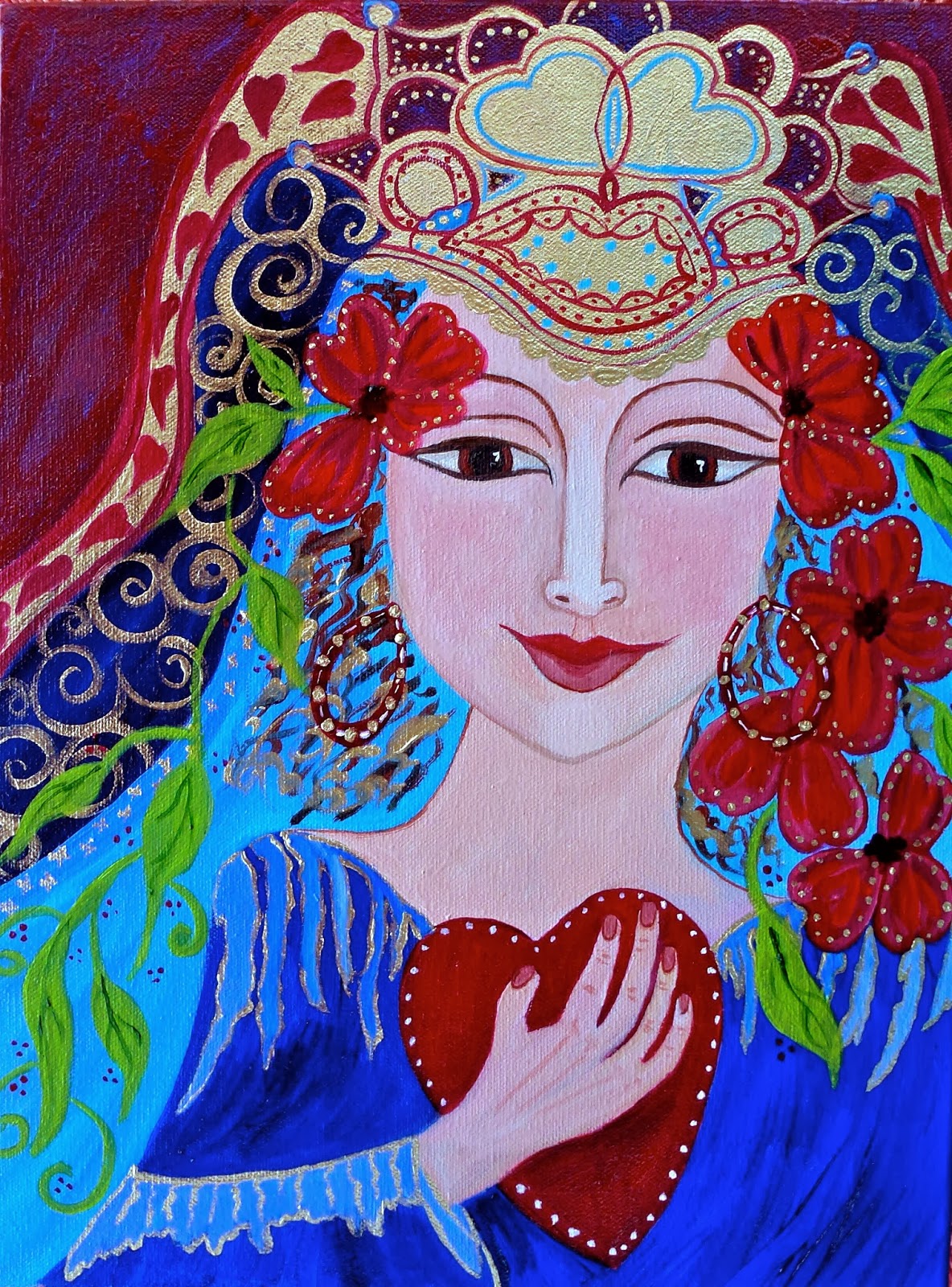 It's the weekend almost!  Many people in town to visit me!  I'm trying to remain calm.  Have a good one.  Thanks for dropping by - and thanks for your lovely comments.


“Too often we underestimate the power of a touch, a smile, a kind word, a
listening ear, an honest compliment, or the smallest act of caring, all
of which have the potential to turn a life around.”
― Leo Buscaglia