Hello my lovelies!  Hoping all is well with each and every one of you.
While I am waiting for the house to sell, paintings seem to be piling up.  Not being in the gallery any more, they are not selling as usual and they are becoming a storage problem.  I've been wondering what else I could do in the meantime, as I seem to have to keep myself occupied!  Don't know what to do with myself without a paint brush in my hand - so decided to have a little change of pace.

I've been wanting to do some hand made journals and have been collecting covers for some time.  Thought I would begin now and they will be ready to pack and ship home when things fall into place.

The first one I'm going to work on is an old photograph album cover.  I have removed the inside, cut the binding and glued it down on to the inside of the covers.  Decorating it began, however, I'm not sure it will continue in the same direction.  I may rethink it and 'dig out' some other stuff from my storage space under the terrace.

The first cover I chose is a brown velvet - antique, with brass fittings.  The clasp is gone, if there ever was one, however that is no problem to fix.  I'll have to dig around in my 'stuff' for inspiration and hope something clicks.  At the moment, the ideas are pretty dry.  Here are some photos of the cover I've chosen to begin with. 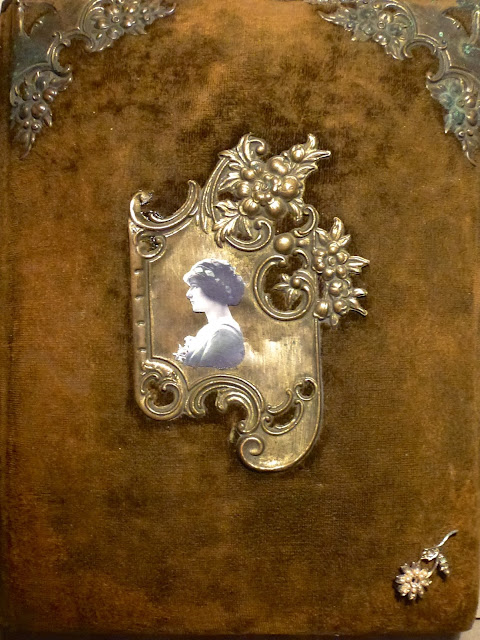 I've added the image of a woman, however not sure if I'm in love with it! 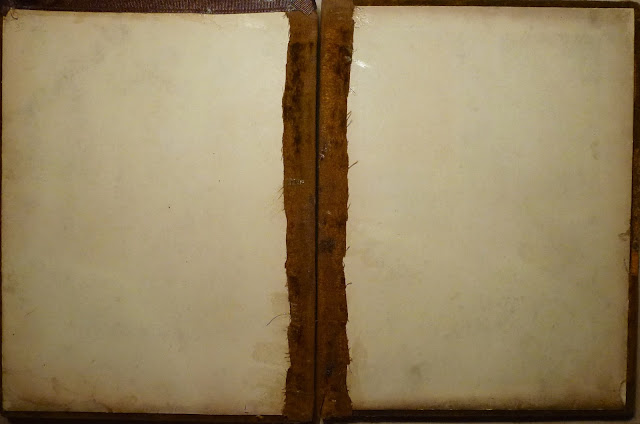 The inside covers.  Might cover them with old ledger papers???  Still a question. 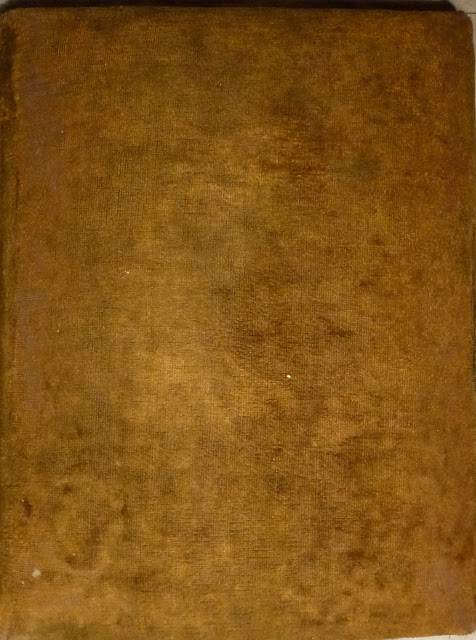 Back cover is in good shape and may remain plain.  Easier to lie flat when it's open.

I'll keep you posted on my progress.  It may take me a couple of days to find everything I need, as much of it has been packed away.  Yikes!

Thanks so much for dropping over.

“The artist never entirely knows — We guess. We may be wrong, but we take leap after leap in the dark” ~Agnes de Mille