Good day my Lovelies.  So nice to see you here.

Today I chose to work on a new journal.  While searching for bits and pieces, I stumbled upon this piece of paper, a Hotel.  Hmmmmm ... got my interest up.  Playing with this page would be fun and when complete I could link it to a couple of challenges.  Haven't done that for so very long.  You should see my studio!  Not knowing where anything is anymore, after all these years of painting, it looks like the room has been totally disassembled by three year olds, and not put back together. (Am I really responsible for the cleaning up part?)

Hotel 31 was built in 1831 in the Lancaster Gate area of London. The district itself was just being developed and existed mostly of beautiful terraces, however, tucked away on a side street, close to Hyde Park, Hotel 31 still stands.  The structure stood strong, regal and beautifully designed for all to see. Built from local rock and painted white to match the surroundings of the neighbourhood,  Hotel 31's debut was heralded by all to be the function of the season, with London as well as European Royalty and aristocrats in attendance.  Originally constructed to house wealthy permanent residents, it consisted of thirty one luxury apartments, which accommodated, more or less thirty one rich widows. Many prestigious women lived there.  Queen Victoria herself took tea once or twice in Suite 31.  Over the years, toward and during WWI, the structure fell in to disrepair, remaining empty for a number of years.  The homeless took refuge within her walls and it saved countless lives.  When the war ended, the property became part of of a wealthy London merchant's extensive holdings. Hotel 31was renovated from top to bottom.  The building welcomed guests who came to London and were particularly good patrons of his business.  During the stock market crash of 2008, the building once again became abandoned and was purchased for a very low price by a group of young aristocrats.  It's now used for opulent soiree's. The architectural bones remain, however it cannot be compared to its former glory.  The entire mansion can be rented for any genre you can dream of.  This year, thirty one persons of wealth have rented the entire building and will hold a "Nevermore" soiree on October 31st.  They are preparing for it as we speak, as you can see from the photograph.

I adore buildings with history, and this one certainly has some.  I could tell you some fascinating stories.  However, I must get on with the blog.  I have photographed the building for you as it stands today ... still solid .. and still, oh so interesting.


I used the 'Hotel' paper as a base, making slits to insert objects and people.   Added modge podge for glue, a couple of found objects, assembled and mounted it on a piece of card stock edged with inca gold. 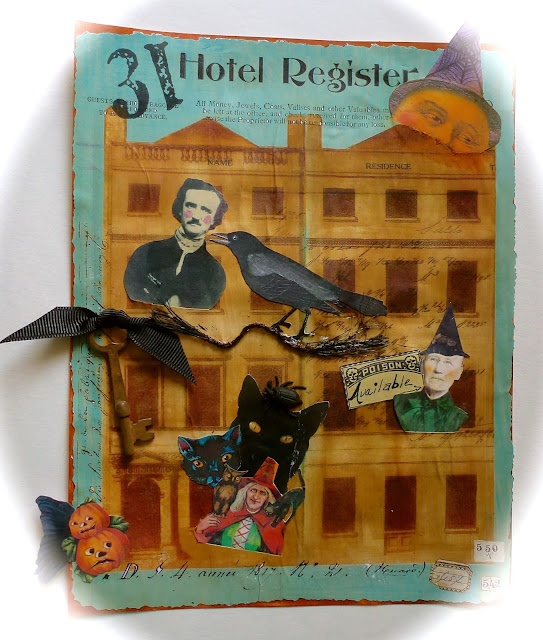 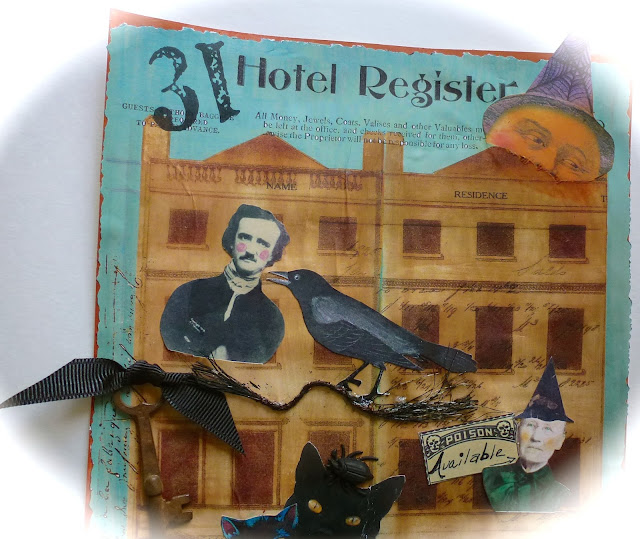 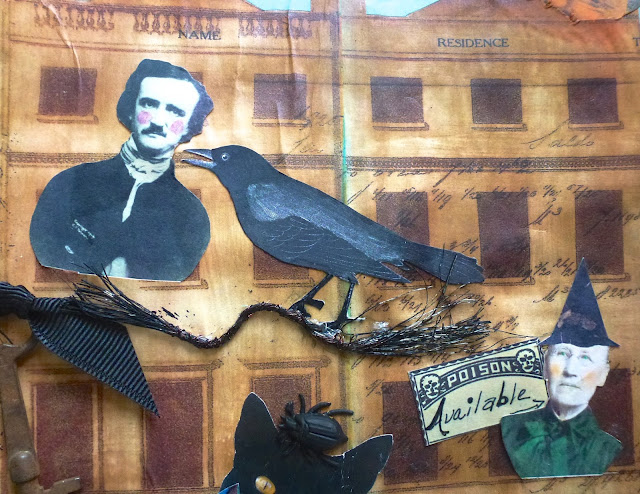 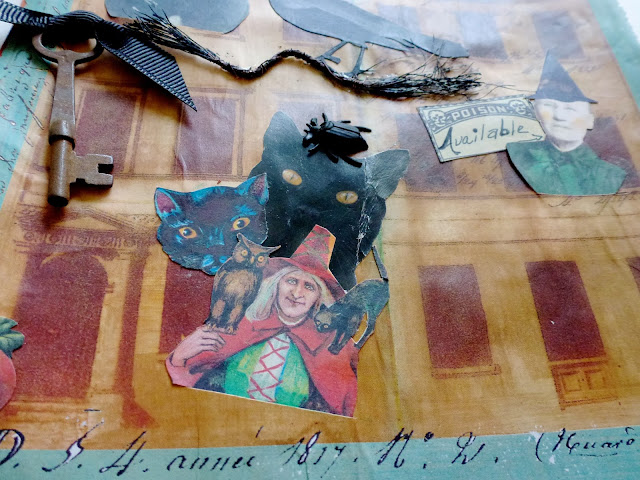 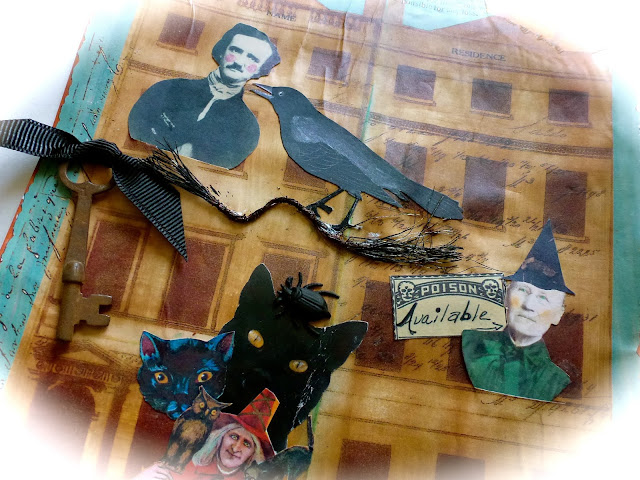 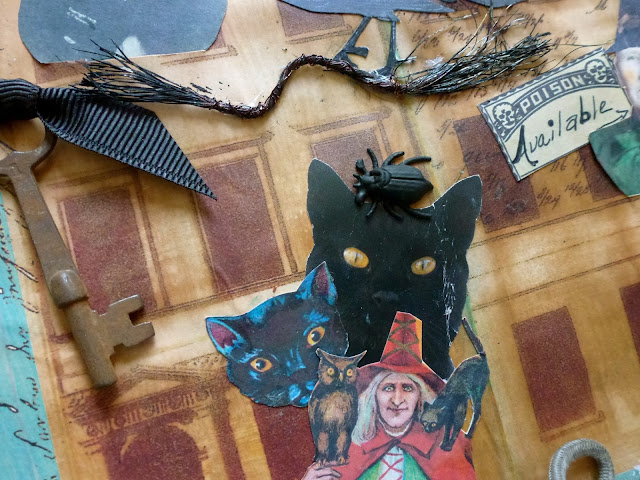 The original key hangs above the front door as an icon.

Hope you enjoyed this little jaunt through historical London.  Make some magic today and enjoy the moment.  Thanks for dropping by.

I am linking this to Art Journey Architecture,  Anything but Cute
Try it on Tuesday

“Let me wake up next to you, have coffee in the morning and wander through old London Town with your hand in mine, and I'll be happy for the rest of my fucked up little life.”
~ Charlotte Eriksson, Empty Roads & Broken Bottles:  in search of The Great Perhaps